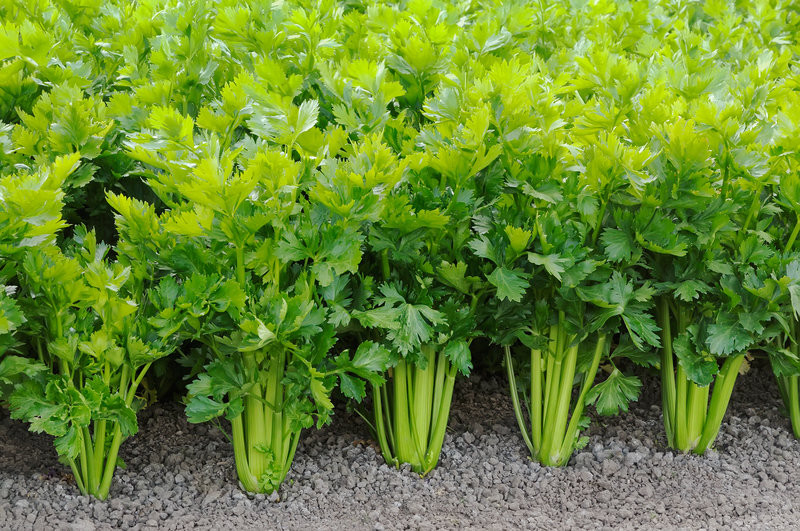 This article contains an affiliate link marked with an asterisk*.

Celery (Apium graveolens) is so much more than a long, crunchy, low-calorie snack. In fact, it was first cultivated exclusively for its medicinal qualities and only later grown for use as a vegetable. Celery is even believed to be the plant growing near Calypso’s cave in Homer’s Odyssey (written around 850 B.C.), then called Selinon. Not surprisingly, celery does far more to improve our health than assist in weight loss.

As extract phthalides are called NBP, but eating the whole food is better. Celery stalks contain fiber, magnesium, and potassium, all of which help to regulate blood pressure as well.

Celery also contains the antioxidant Apigenin and the essential fatty acid Omega-6, both of which are also great for treating hypertension and normalizing blood pressure.

Celery is an Anti-Inflammatory

Celery contains immunity-boosting agents called Polyacetylenes. Both Polyacetylenes and Apigenin are anti-inflammatory agents that can greatly decrease inflammation in the arteries, thus preventing blood clots and protecting the body against cellular damage. As a result, Celery has been widely used to treat arthritis, which is caused by inflammation.

Because human blood pH levels need to stay between 7.35 and 7.45 (somewhat alkaline), to sustain good health, it’s important for us to include alkalizing foods in our diet to offset the effects of acidic foods, and Celery is one of the most alkalizing foods available.

Eating an alkaline diet decreases your body’s workload, and helps your immune system function at optimal levels. For this reason, many have credited an alkaline diet with curing all kinds of diseases, including cancer and type 1 diabetes, as well as slowing the aging process.

Celery is Effective Against Cancer

In addition, both Polyacetylenes and Apigenin have proven effective against cancer.

“Polyacetlynes have many immune-boosting effects, including tumor-fighting abilities that stop mutated cells from proliferating. According to faculty of the Department of Agricultural Sciences at the Aarhus University of Denmark, ‘polyacetylenes have shown many interesting bioactivities including anti-inflammatory, antiplatelet-aggregatory, cytotoxic, antitumor activity, as well as activity against bacteria and mycoplasma.’ … That’s not all. Celery contains a flavonoid called apigenin, which has been shown to induce death in cancer cells.”1

Celery also contains Luteolin, a flavonoid that has been proven to halt the growth of some types of cancer cells in rodents. At present, researchers believe that Luteolin prevents tumor development mostly by inactivating some signals and transcription pathways essential for cancer cells. The exact mechanism is as yet unknown.

“[Studies] on animals suggest that luteolin could enhance the potency of chemotherapy drugs that act on cancer cells while reducing the toxic effects of these drugs on the body.”2

It’s believed that the cholesterol-lowering component of celery is a chemical called n-butylphthalide (also known as NBP), which reduces LDL (bad) cholesterol. N-butylphthalide is also responsible for celery’s flavor and scent.

The number one cause of insomnia is stress and anxiety, and Celery contains high amounts of minerals (particularly magnesium) and essential oils that have a soothing effect on the nervous system, making it the perfect evening snack for insomniacs.

However, due to its water content and diuretic effect, eating celery too close to bedtime could lead to interrupted sleep and frequent visits to the restroom.

Celery’s diuretic effect makes it an outstanding detoxifier. Celery not only expels the toxins that cause urinary and gallbladder stones to form in the body it also dissolves any stones that have already formed in those organs.

One of my favorite celery detox juice recipes uses 4 celery stalks, 2 ripe pears, a handful of watercress, and a masticating juicer. If you are suffering from stones in either organ, you should give it a try. It’s absolutely delicious!

Celery is an Aphrodisiac

Since ancient times, celery has been highly prized as a libido enhancer; even the infamous Casanova is reputed to have eaten celery daily to enhance his libido. Today, there is scientific proof that the ancients, and Casanova, were right.

It seems that celery contains a substance that increases Androsterone, a male pheromone derived from testosterone, which makes men more attractive to women, scent-wise. So, if you’re a man, eating raw celery each day will make you more appealing to women.

Many people also claim that celery can increase the weakened sexuality of the person eating it, by bringing their libido back into balance. I have yet to find a study proving this to be true, but it’s not impossible. Celery is said to stimulate the pituitary gland and the pituitary gland releases sex hormones. I wouldn’t surprised if this contention is proven true someday.

Celery has many impressive health benefits. The ones I have listed aren’t the only ones, just the most noteworthy (in my humble opinion). Celery also has a flavor and texture that makes it a satisfying snack as well as a great addition to various dishes, juices, and smoothies. Just remember, to get the most health benefits from celery you must eat it raw or blanched and juiced.

However, there are many ways you can consume celery raw and keep it interesting. A meal planning service like PlateJoy can show you how. Just tell them which foods you want to eat more of and their nutritionists will design a menu to suit your palate and needs. Best of all, most insurance companies will happily foot the bill for PlateJoy*. Read more about PlateJoy on our Resources page.