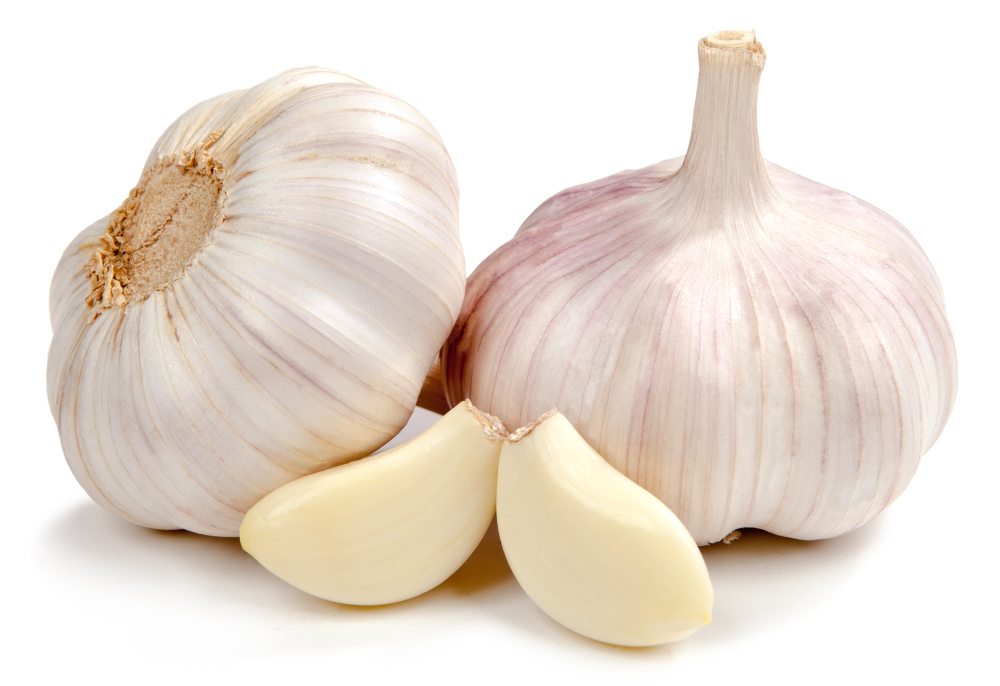 The History of Garlic

The Modern History of Garlic

There is also some evidence that Garlic supplements can lower blood pressure, by dilating or expanding blood vessels. And Garlic helps prevent blood clots, reducing the risk of heart attack and stroke, by decreasing the stickiness of platelets – tiny, disk-shaped bodies in the blood that are necessary for blood clotting. When platelets are too sticky, they stick to the artery walls and contribute to clogged arteries.

Garlic has been shown to reduce pain in people with rheumatoid arthritis.

“According to the National Center on Physical Activity and Disability, garlic is known for its anti-inflammatory properties, which can help to decrease the swelling and inflammation associated with arthritis. People who suffer from arthritis might be able to lead a more pain-free life by adding garlic to their diets.”1

Garlic also reduces the size of some cancerous tumors and helps prevents some cancers, especially those of the intestines.

However, the research on Garlic and cancer is not nearly as advanced as that on Garlic and heart disease, so do not use Garlic to treat cancer without consulting with a natural health care professional.

One of the oldest uses for garlic, which has been proven, is as an antibiotic. Garlic kills a wide range of microbes, including viruses, bacteria, fungi, and parasites, and can be effective against conditions such as athletes foot and thrush (a fungal infection of the mouth), viral diarrhea, and the ulcer-causing bacteria Helicobacter pylori. But only fresh Garlic or supplements that mimic fresh have these effects.

“A study performed at the University of Washington found that garlic was an effective treatment against certain types of bacteria, like c. jejeuni, commonly linked to food poisoning. Another paper published by the same researchers demonstrated garlic’s effectiveness against E. coli, another dangerous germ linked to bacterial food poisoning.”3

For best results, always use fresh Garlic or preparations that mimic fresh. Dried or cooked garlic, as well as Garlic oil, lose a significant amount of potency during processing. Preparations used for medicinal purposes should have an allicin potential of at least 6,000 mcg on the label. Alternately, eat one chopped clove of fresh garlic every day.

Good quality Garlic supplements will have the ‘allicin potential‘ listed on the label, not just a certain amount of allicin. The ‘potential’ indicates how much allicin will be released when it reaches your stomach. The supplements do not contain actual allicin, as it is extremely unstable and quickly breaks down. Allicin is the pungent chemical that gives garlic its sharp flavor. Good Garlic supplements contain allicin, the precursor to allicin. It is released only upon digestion, so your body makes and uses the allicin more efficiently.

Also, since Garlic will make breath and sweat smell unpleasant, you should take a chlorophyll supplement or eat fresh leafy green vegetables or parsley with the Garlic. Those closest to you, proximately and intimately, will appreciate it.

Modern scientists are slowly verifying the accuracy of many ancient beliefs about garlic, as well as adding new health benefits to its already extensive list. Nonetheless, whether or not garlic can cure rabies or leprosy remains to be seen. But who knows what old and new virtues Garlic researchers may discover in the future.

Let’s hope this natural medicine research trend continues long into the future. It’s quite possible that the history of garlic will include the solution to the impending superbug crisis. Fingers crossed.