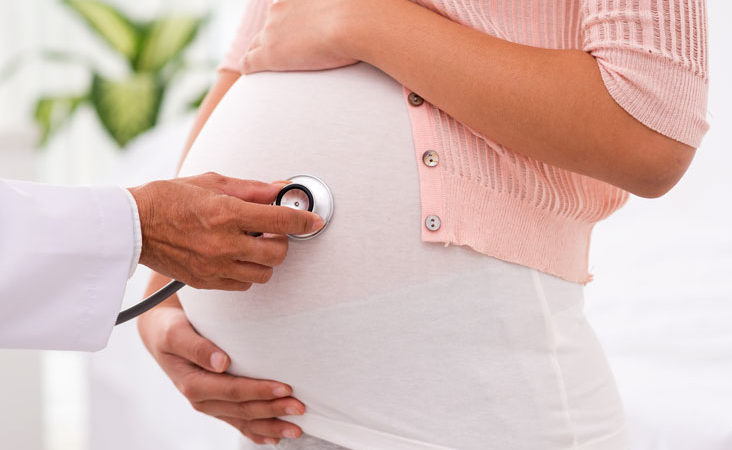 Pregnancy can be the most dangerous time in a woman’s life, for a variety of reasons; but, nutritionally, pregnancy is a risk factor for vitamin D deficiency and its consequences. I’m sure you know by now that vitamin D is necessary for healthy bones, the prevention of high blood pressure, diabetes, cancer, and even dementia, but vitamin D is even more important during pregnancy.

Preeclampsia is Dangerous for Mother and Child

One of the consequences of vitamin D deficiency for pregnant women is an increased risk for preeclampsia. Preeclampsia is quite common, occurring in 1 in every 20 pregnancies during the third trimester.

“Preeclampsia… is a condition during pregnancy where there is a sudden, sharp rise in blood pressure, swelling (edema), and albuminuria (excess protein albumin leaks into the urine). Swelling tends to occur in the face, hands, and feet.”1

Untreated preeclampsia can develop into eclampsia, which has the potential to be fatal. Eclampsia is a leading cause of pregnancy-related deaths. In the state of California alone, 17% of pregnancy-related deaths were a result of preeclampsia/eclampsia (between 2002 and 2004). And, keep in mind, California has one of the lowest maternal death rates in the United States.

In addition, studies have demonstrated that women who suffered preeclampsia during pregnancy have a greater risk of cardiovascular disease later in life.

There’s even evidence that the unborn child is negatively affected by preeclampsia. The Helsinki Birth Cohort Study showed that the adult offspring of mothers who suffered from preeclampsia have a higher stroke risk as adults.

“People born after pregnancies complicated by pre-eclampsia or gestational hypertension are at increased risk of stroke. The underlying processes may include a local disorder of the blood vessels of the brain as a consequence of either reduced brain growth or impaired brain growth leading to “brain-sparing” responses in utero.”3

Today, medical researchers are still unsure of the factors that cause preeclampsia to develop. But they are certain that preeclampsia can be prevented, by the sunshine vitamin.

(Note: There’s also a study that established vitamin D levels during pregnancy can affect the offspring’s muscle strength. I thought you might find that interesting too.)

But the American researchers are being optimistically cautious. While they admit the evidence has proven vitamin D is even more important during pregnancy than at any other time, they want more studies to be completed before obstetricians advise their patients to take vitamin D supplements, to prevent preeclampsia. Meanwhile, women’s health organizations, such as the American Pregnancy Association, have been saying for years that pregnant women are not getting enough vitamin D from prenatal vitamins and sunlight to prevent the preventable.

It’s long been recognized that factors such as sunscreen use and obesity play a significant role in why so many people are not getting enough vitamin D; so, women’s health organizations have no problem with recommending supplementation to close that nutritional gap during pregnancy. Although, not specifically to prevent preeclampsia.

If you want to learn more about Vitamin D’s effect on health and well-being, as well as how to calculate the perfect dose for your own individual needs, watch my video ‘Vitamin D vs Disease’. The method for calculating your personal dosage is near the end of the video.