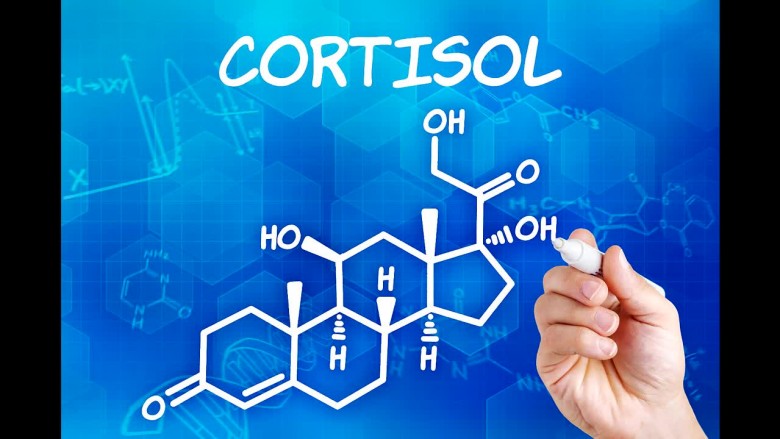 For decades, the medical and pharmaceutical industries have focused on the evils of saturated fat. Saturated fat does raise LDL cholesterol and LDL cholesterol leads to cardiovascular disease. And cardiovascular disease (CVD) – heart attack and stroke – is the leading cause of death worldwide, so it makes sense for the medical industry to offer advice meant to curb this epidemic. Unfortunately, saturated fat has not been proven the culprit. Quite the contrary.

If you read the post Is Coconut Oil Unhealthy? you already know that saturated fat creates “fluffy” mostly harmless LDL cholesterol, not the “sticky”, artery bursting, life-ending variety. No, the credit for the creation of “sticky” LDL cholesterol belongs to the “stress hormone” cortisol.

When cortisol is produced it triggers the production of metabolic fuels (like glucose). The liver then produces greater quantities of “sticky” LDL cholesterol in response to the rise in glucose levels. This is why prolonged experiences of stress, anxiety, anger, and fear can kill you.

And it’s not just cortisol’s roles in creating “sticky” LDL cholesterol that makes high levels of cortisol dangerous to heart health. A groundbreaking study, out of Carnegie Mellon University, has proven that inflammation in the body is also controlled by cortisol. Some inflammation is necessary for good health, the same is true for cortisol, but (just like cortisol) too much inflammation can harm you and lead to a number of potentially deadly diseases – including heart disease.

“[Cohen’s] early work showed that people suffering from psychological stress are more susceptible to developing common colds, [so, he] used the common cold as the model for testing his theory. … ‘The immune system’s ability to regulate inflammation predicts who will develop a cold, but more importantly it provides an explanation of how stress can promote disease,’ Cohen said. ‘When under stress, cells of the immune system are unable to respond to hormonal control, and consequently, produce levels of inflammation that promote disease. Because inflammation plays a role in many diseases such as cardiovascular, asthma and autoimmune disorders, this model suggests why stress impacts them as well.’”1

Brain Research and Other Clues

Scientists have known for a long time now that people in abusive relationships suffer more health issues than those who are not. And it’snot just physical abuse that can damage the human body. Emotional abuse can be just as damaging, especially because the victims may not consider it abuse and remain in these toxic situations for long periods of time.

The Harmful Effects of Abuse

Studies from Yale University School of Medicine, Yale Psychiatric Institute and the Department of Biological Sciences at Stanford University have shown that emotional abuse can result in actual brain damage!

“Intense stress from emotional abuse floods the brain with hormones such as cortisol, adrenaline, noradrenaline, and opiates, which results in eventual shrinkage of the hippocampus, according to Pierce J. Howard, PhD in his book, The Owner’s Manual for the Brain. … Magnetic resonance imaging (MRI) scans showed reduction in hippocampus size in combat veterans and victims of childhood abuse suffering from post-traumatic stress disorder (PTSD), according to the US National Institute of Neurological Disorders and Stroke. These studies show that traumatic or highly stressful experiences can have long-term effects on the structure and function of the brain, at the point where the frontal cortex, the emotional brain and the survival brain converge. … Brain scans of people with relationship or developmental difficulties, learning challenges, and social interaction issues reveal similar structural and functional irregularities to those suffering with PTSD.”2

If stress and distress can exert physical damage on the brain, why would anyone doubt its ability to do the same to our cardiovascular system?

Studies have even demonstrated that children who are emotionally abused can continue suffering the effects well into adulthood.

“A history of self-reported childhood EA [(emotional abuse)] independently and significantly diminished cortisol response. This effect was amplified with advancing subject age and was independent of the effects of other types of childhood maltreatment, lifetime diagnoses, and symptom scores. … Dampened cortisol reactivity might be a consequence of childhood EA that is cumulative over time. Prospective longitudinal investigation is needed to evaluate the potential of this proposed endophenotype.”3

Years ago, The Onion wrote a satiric news piece called “New Study Finds Blacks More Likely”, lampooning the mainstream media’s negative reporting of any and all matters regarding African-Americans (AA). Regardless of the motives behind the ‘Blacks more likely’ stories in the media, the fact remains that (in America) illnesses that have proven mind-body connections – heart disease, cancer, diabetes, etcetera – hit people of African descent particularly hard, in comparison to other groups.

Data collected over centuries has proven that AA were and are more likely to die from illnesses that other groups (again, in America) usually survive, due to the extra stresses wrought by discrimination.

“A growing body of research now links experiencing racism to poorer health outcomes – from depression to low-birth weight to cardiovascular disease. Racism, blatant or subtle, marks the bodies of those who have to live with it. Much of the research, though not all, comes from the experience of African Americans in the US. “The literature is quite consistent,” says Naa Oyo Kwate, a psychologist and professor of Africana studies at Rutgers. “The more racism you experience, the worse your health experience in a number of domains.” Experiencing racism, whether it’s violence or insults or more subtle snubbing, makes life more difficult. That added stress becomes “allostatic load,” which disrupts the normal function of the body: more stress means more cortisol in the body means more cardiovascular disease. “You’re continually having to respond to this kind of stress in the body and this kind of wear and tear,” says Kwate.”4

The most surprising discovery for me was a study published by the American Heart Association (AHA) in 1984 titled ‘Relationship between cortisol and cholesterol in men with coronary heart disease and type A behavior’. I’ve included the link, so I won’t bore you with the details here. But needless to say, thirty-three years is a long time to be aware of cortisol’s role in raising the variety of LDL cholesterol that promotes heart disease, yet, continue to promote the still unproven notion that saturated fat is the cause of cardiovascular disease.

In Defense of the AHA

Way back in 1984 it wasn’t yet discovered that there were two types of LDL cholesterol – the “fluffy” mostly harmless variety and the “sticky” potentially deadly variety. It was all just LDL cholesterol to doctors and scientists back then. But now, in 2017, they know better; yet, they’re STILL blaming saturated fat.

Based on the evidence presented here (and the numerous corroborative studies you can easily Google), I will leave you to decide for yourselves whether or not it is cortisol or saturated fat that is the true cause of heart disease. As for me, I am convinced that cortisol is the #1 cause of heart disease. Now, you must determine what you are willing to do to protect your health.

How You Can Decrease Your Cortisol Levels

I’ve already written an article on natural methods for decreasing cortisol levels, so I won’t reiterate that information here. However, I never discussed the importance of controlling your own thoughts and feelings, and (more importantly) preventing others from controlling your thoughts and feelings. I truly believe that many of us on the path to better overall health and wellness would benefit from a basic understanding of human psychology – particularly sociopathy and narcissism – as well as mentalism.

To paraphrase Sun Tzu, ‘Know your enemy and know yourself and you will be victorious.’ The purpose of the following reading and viewing list is to learn how to recognize, deal with, and (if possible) avoid toxic health-diminishing people.

The Sociopath Next Door by Martha Stout, Ph.D.

Outwitting the Devil: The Secret to Freedom and Success by Napoleon Hill

There are many more books and videos on these topics, but I believe this short list is a solid good start. But if you have any book or video recommendations, please, share them below or tweet me on Twitter and I will check them out and update my list.

3 thoughts on “Cortisol: The True Cause of Heart Disease?”