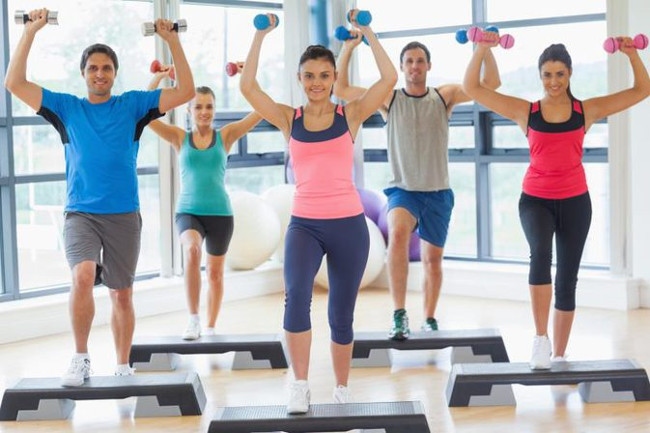 There are multiple natural ways to decrease cortisol levels. We will be exploring the easiest, most natural, and least expensive methods for keeping your cortisol levels in check.

If you’ve read the July 2017 article ‘Is Anxiety Making You Fat?’ you already understand one of the reasons why decreasing elevated cortisol levels is so very important.

Exercise has a neurochemical effect on the brain; our brains produce chemicals in response to exercise. Although more research is needed, The Internet Journal of Allied Health Sciences and Practice reports that aerobic exercise appears to have the greatest effect on reducing cortisol levels. Aerobics reduces levels of both adrenaline and cortisol while stimulating the production of endorphins. Endorphins are the body’s natural painkillers and mood elevators.

“According to Christopher Bergland of Psychology Today, just 20 to 30 minutes of an aerobic activity can reduce your cortisol levels.”1

Based on modern research studies alone, I feel confident in recommending the following three essential oils to decrease your cortisol levels…

Inhalation of clary sage oil has the ability to reduce cortisol by 36% and improve thyroid hormone levels (TSH). The cortisol change was greater in those with depression.

“The study was done on 22 post-menopausal women in their 50’s, some of which were diagnosed with depression and at the end of trial the researchers stated that ‘clary sage oil had a statistically significant effect on lowering cortisol and had an anti-depressant effect improving mood’. This is just one of the many studies proving clary sage oil benefits hormones.”2

It’s significant that clary sage has an anti-depressant effect. Pharmaceutical antidepressants also reduce cortisol levels, which is why they are prescribed to treat anxiety. Antidepressants have also been shown to help those who suffer from anxiety lose excess weight.

In aromatherapy, clary sage is used to treat stress, depression, insomnia, and anxiety. It is considered very effective in calming the nervous system. And, now, scientists have backed up centuries of anecdotal evidence with clinical proof.

In a 2007 study, scientists measured the total salivary free radical scavenging activity (FRSA) induced after smelling lavender and rosemary essential oils. The 22 subjects of the study sniffed aroma for 5 minutes and then their saliva was collected immediately after.

“The FRSA values were increased by stimulation with low concentrations (1000 times dilution) of lavender or by high-concentrations (10 times dilution) of rosemary. In contrast, both lavender and rosemary stimulations decreased cortisol levels. A significant inverse correlation was observed between the FRSA values and the cortisol levels with each concentration of rosemary stimulation. No significant changes were noted in sIgA or α-amylase. These findings clarify that lavender and rosemary enhance FRSA and decrease the stress hormone, cortisol, which protects the body from oxidative stress.”3

Other studies on these essential oils demonstrated similar results. A study published in the journal Early Human Development showed that both behavior and cortisol levels were positively affected by the scent of lavender.

“The mothers in the lavender bath oil group were more relaxed, smiled and touched their infants more during the bath. Their infants looked at them a greater percentage of the bath time and cried less and spent more time in deep sleep after bath. The cortisol levels of this group of mothers and infants significantly decreased, confirming the behavioral data showing increased relaxation of the mothers and their infants. These findings support a body of research showing the relaxing and sleep-inducing properties of lavender aroma.”4

How Meditation and Yoga Decrease Cortisol

“We examined changes in brain waves and blood levels of serum Cortisol during yoga exercise in 7 yoga instructors and found that alpha waves increased and serum Cortisol decreased.”6

There are a surprising number of herbs that can decrease anxiety and, therefore, cortisol levels, but the following three herbs have the research to back up their cortisol-lowering abilities.

One of the most important herbs in Ayurvedic medicine, Ashwagandha, has been proven to decrease cortisol levels and increase the self-assessed quality of life for those who use it. A 2012 study examined the safety and effectiveness of ashwagandha for reducing stress and anxiety in adults under stress and improving their general wellbeing. This randomized double-blind, placebo-controlled study found that ashwagandha could do all of these things.

The subjects who received ashwagandha experienced substantial reductions in their cortisol levels as well as an increased sense of well-being compared to the placebo group.

“The treatment group that was given the high-concentration full-spectrum Ashwagandha root extract exhibited a significant reduction (P<0.0001) in scores on all the stress-assessment scales on Day 60, relative to the placebo group. The serum cortisol levels were substantially reduced (P=0.0006) in the Ashwagandha group, relative to the placebo group. The adverse effects were mild in nature and were comparable in both the groups. No serious adverse events were reported. … The findings of this study suggest that a high-concentration full-spectrum Ashwagandha root extract safely and effectively improves an individual’s resistance towards stress and thereby improves self-assessed quality of life.”7

Multiple research studies have demonstrated hibiscus’ ability to decrease stress, anxiety and cortisol levels. One study, in particular, showed that cortisol could affect both “good” and “bad” cholesterol negatively as well. And hibiscus proved capable of reversing these ill effects. Following is the study’s conclusion:

Hibiscus is well-known for its ability to decrease high blood pressure. It is also recognized for its weight loss benefits. This study may have stumbled upon an explanation of how hibiscus can do these things and more.

Astragalus root, like ashwagandha, is an adaptogen herb. Adaptogens are a specific class of healing herbs and are defined as natural substances believed to help the body adapt to stress and to exert a normalizing effect upon bodily processes. This is how herbs like astragalus root protect our health.

Numerous studies have proven astragalus root’s ability to decrease cortisol. It’s been suggested that astragalus root may accomplish this by reducing the ability of stress hormones like cortisol to bind to receptors.

“[Adaptogenic herbs] have the unique ability to simultaneously calm and energize largely by reducing the stress hormone cortisol and supporting exhausted adrenal glands. By definition, they are safe, increase resilience to stress, and promote overall health. Besides stress reduction, adaptogens offer many other benefits including improved mood, mental clarity, and physical stamina.”9

Astragalus root and ashwagandha are not the only adaptogen herbs that can decrease cortisol levels, but they are two of the most studied by modern researchers. And, unlike Licorice root, neither has been found to raise blood pressure in some users.

One of the easiest ways to decrease your cortisol levels is through diet and nutrition. Cortisol levels are not just affected by anxiety and stress, inflammation in the body also plays a major role. There are few ways better to keep inflammation under control than by eating whole foods. Plant foods, in particular, are loaded with antioxidants – nature’s own anti-inflammation drug. This does not mean you have to become a vegan, however, eating more whole foods and fewer processed ones is the way to go. And you don’t have to go to extremes. Cutting down on processed foods and eating more whole foods, especially fruits, vegetables, and whole grains, will make a huge difference.

I have listed five natural ways to decrease cortisol levels, but these are not the only natural means to achieve the same effect. Something as simple as doing things you enjoy – be it a hobby or playing with your children or your pets – can also decrease your cortisol levels.

GE Cohen, MA and E Shamus, PT, Ph.D. “Depressed, Low Self-Esteem: What Can Exercise Do For You?” The Internet Journal of Allied Health Sciences and Practice, vol 7 no 2. PDF. Web. August 2017