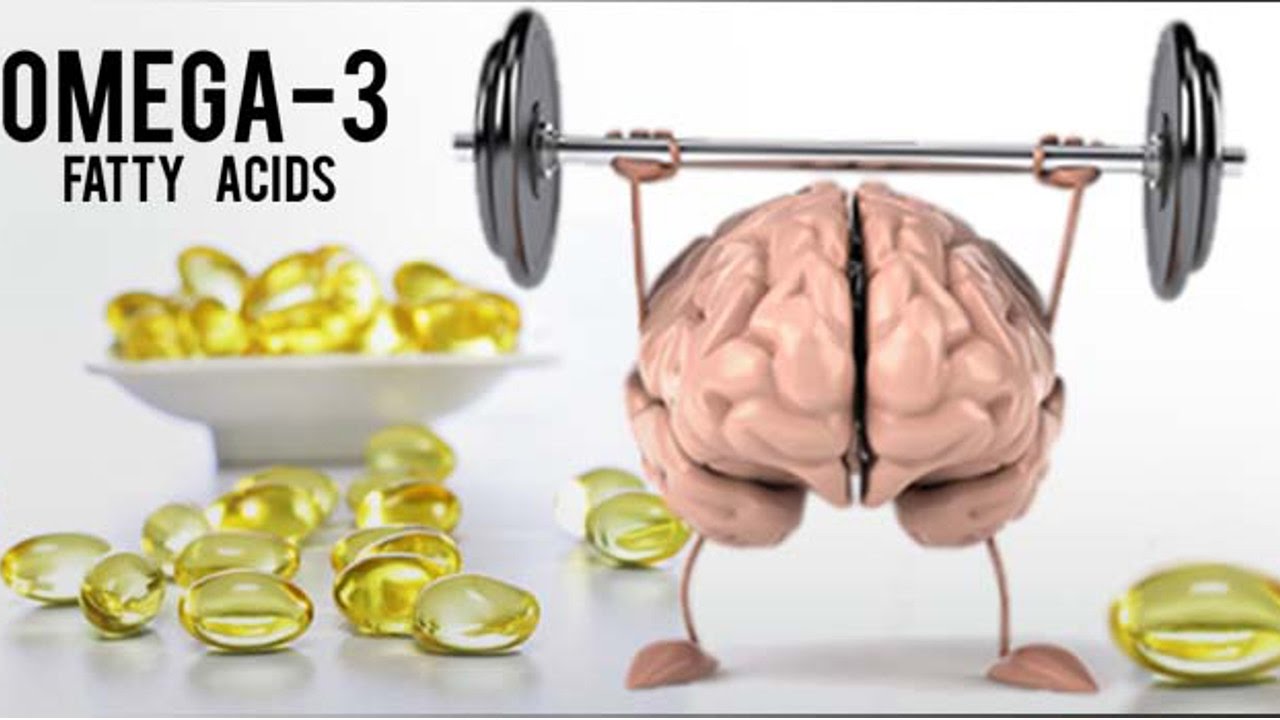 Omega-3 fatty acids are best known for their heart health benefits, but numerous research studies have demonstrated omega-3’s ability to improve mental health. In addition to helping those suffering with mild memory issues, Omega-3s have also proven useful for depression and anxiety. And a few other studies suggest that omega-3s may have other related uses.

There are three different types of omega-3 fatty acids; but, in this article, we will focus on the two that have proven to directly benefit mental health: EPA and DHA. But I will include details about all three omega-3s at the end of the article.

Multiple studies have suggested that omega-3 fatty acids are beneficial in the treatment of mild to moderate depression. Omega-3s play an important role in brain health and function, so it should come as no surprise that consuming them in greater quantities might help alleviate disorders that originate in the brain. But scientists are cautiously optimistic, believing more research is needed before recommending omega-3s to those struggling with depression.

“It is known from work with uni-polar and bi-polar depressed patients, that high-dose fish oil rich in EPA has remarkable benefits. On the other hand, supplementing the diet with oils rich in DHA have virtually no effects.”1

The researchers do not consider omega-3s an effective replacement for standard depression treatments, just a very useful addition to prescription medications and other treatment. They also believe fish oil supplements are the better choice over eating fish.

“Some studies have shown that contaminants like mercury do not appear to accumulate in fish oil, but remain primarily in the meat of the fish. So if you’re concerned about mercury, a high-quality fish oil supplement may help with depression, but ask your doctor for advice.”2

“Since anxiety has a significant co-morbidity with depression, the obvious question becomes is it possible that high levels of EPA can reduce anxiety? The answer appears to be yes, according to a study conducted in 2008 using substance abusers. It is known that increased anxiety is one of the primary reasons why substance abusers and alcoholics tend to relapse. When these patients were given a high dose of EPA (greater than 2 grams of EPA per day), there was a statistically significant reduction in anxiety compared to those receiving a placebo.”1

Scientists have known for decades that both EPA and DHA play important roles in the development of the human brain. And multiple studies have demonstrated a correlation between pregnant women’s fish and/or fish oil intake with higher intelligence in young children.

“These fatty acids are also vital for the maintenance of normal brain function throughout life. They are abundant in the cell membranes of brain cells, preserving cell membrane health and facilitating communication between brain cells.”3

Our brains require omega-3s to maintain good health and proper functioning. It’s even been established that older adults with lower levels of DHA in their blood have smaller brains, which is a sign of accelerated brain aging, which negatively affects memory and mental functioning (cognition).

“The shrinking of the grey matter is frequently reported to stem from neuronal cell death but whether this is solely responsible or even the primary finding is not entirely clear. It has been suggested that a decline in neuronal volume rather than number contributes to the changes in an ageing brain and that it may be related to sex with different areas most affected in men and women.”4

Neuronal cell membranes are comprised of DHA; so, it should come as no surprise that DHA has been proven to decrease neuronal cell death. DHA has even been shown to be useful in protecting the brain from dendrite pathology in those suffering from Alzheimer’s disease. Alzheimer’s affects memory as well as other cognitive abilities.

If you’re suffering from brain zaps, irritability, aggression, anxiety, and depression, as a result of discontinuing SSRI treatment, you may find Omega-3 fatty acids very useful. However, not everyone has had such good luck with omega-3s when withdrawing from SSRIs. SSRIs that have relatively short half-lives are the most likely to cause withdrawal symptoms when discontinued. The SSRIs most likely to cause these unpleasant withdrawal symptoms include Escitalopram/Lexapro, Bupropion/Wellbutrin, Paroxetine/Paxil, and Citalopram/Celexa.

“It’s important to understand that although fish oil may help or not have a profound effect for certain people, others find that fish oil makes depression or anxiety worse. If you notice a worsening of your symptoms after taking fish oil, do not hesitate to discontinue. This may be caused by increased acetylcholine and/or a sensitivity to amines.”5

ALA (Alpha-Linolenic Acid) is and it’s found in plants – such as nuts, seeds, and their oils. And while ALA does not offer the exact same health benefits as EPA and DHA it is still very beneficial for good health. In fact, our body’s have a limited ability to manufacture EPA and DHA from ALA. For this reason, some scientists consider ALA the “parent fatty acid of the omega-3 series”6.

If you have any questions about omega-3 fatty acids or wish to share your experiences using them for mental health, please, comment below or tweet me on Twitter. I would love to learn more about this topic from someone with firsthand experience.