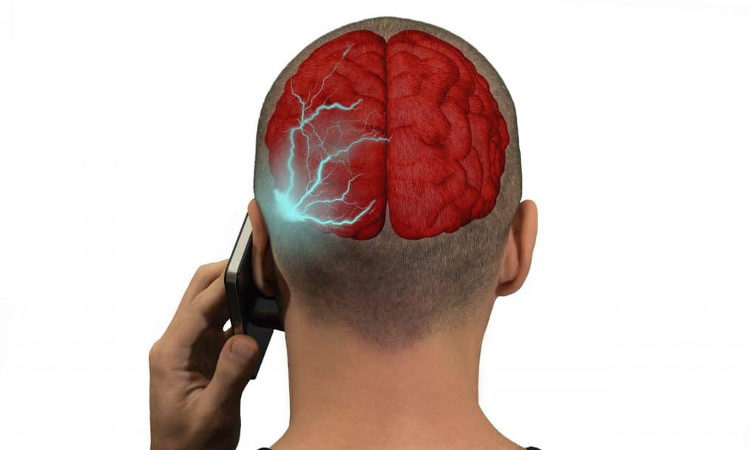 It’s very likely that you have heard some of the debate about whether or not technology, such as computers, microwave ovens, etc. and especially cellphones have an effect on your health.  In our world technology is everywhere; it aids in productivity, communication, convenience, and entertainment.  I will be honest that right now I am on my laptop typing this article and my cellphone is not far away.  Sounds innocent enough, right?

First, let’s consider that I’m actually carrying that cellphone on my body or have my laptop on my lap while typing this.  Both have a power source, either battery or plugged into an electrical outlet. That does not sound too dangerous, just heat from the electricity.  What is heat?  Heat is the transfer of energy from one thing to another.  In this case, it is transferred by radiation.  We can feel this heat transfer on our skin as our skin is cooler.   Matter of fact, we have a slim homeostatic range that we must keep to maintain health, too little or too much heat is disease. So, if you consider you now have this energy from your laptop that is hotter than your healthy skin temperature then a burn may result.

Here is another perspective, that brain, pretty important.  I’m sure we all agree you can’t live without your brain. Considering the importance of the finite tissue of your brain and the unnatural frequencies of cellphones what could possibly happen if you hold that cellphone against your head, to your ear, even for a short time?  Not only will you have radiation damage to the brain tissue but also alterations in brain waves.

There have been numerous experiments on brain wave activity and cellphones over the past several years.  In a particular test, an electroencephalogram (EEG) sensors were placed on the scalp of a person first with no cellphone by their right ear, then (with the same person) a second test with the cellphone present by the right ear for three minutes.

Cellphones are not the only source of “electrical poisoning” as I noted earlier.  Many people suffer from what is now termed EHS or Electromagnetic Hypersensitivity and most are unaware of it.  L. Hillert and others in 2002, noted that one to two percent of the Swedish population has EHS and thirty-five percent of the population show symptoms of it.  That was thirteen years ago and we use much more technology now.

Radiation from technological devices cause damage to physical tissue.  In addition, it creates a disruption, even blocking the cellular flow of information resulting in disease states.  That damming of information leads to impairment of the immune system.

Messing with brain waves causes havoc not only with us physically but mentally too.  Most of us don’t even realize the dangers or we ignore them.  Here’s just some of the symptoms of EHS: DNA damage, headaches, blurred vision, dizziness, fatigue, short-term memory loss, neuralgias, tumors, sleep disturbances, etc.  It is important to note that one can have something before symptoms are present or noticeable.

Tough to hear and the evidence from experiments keep re-enforcing the dangers of electromagnetic radiation from technological devices.  We must be honest, these devices are a big part of our lives for many reasons, so what can we do to minimize the harmful effects?  well, for one don’t put that cellphone close to or against your head.  If answering a call make the conversation very quick, less than two minutes.

Below the age of 18, the radiation penetrates the skull much faster.  If you prefer to actually talk on your cell then input headphones or use the speaker.  A better option is to have people text you instead of calling you.  Another thing, don’t carry your cellphone close to your body, even when it is off it still has a battery and emits electromagnetic radiation.  As for your laptop, place it on a desk don’t rest it on your lap or body.  Make sure you don’t sit at it for long periods of time.  And when using the microwave oven don’t stand in front of it when it’s on; remain a reasonable distance away from it until it has stopped.

Be educated!  There are ways to benefit from the technology without sacrificing your health.  Be tech smart!

3 thoughts on “Is Technology Healthy for You?”