If you’ve been vegan for more than a month, chances are you’ve run into an anti-vegan harasser. These are the people who want you to know why your diet is “dangerous”, “unnatural” or “just plain stupid”, and why they would never adopt a vegan lifestyle themselves. When your harasser is a perfect stranger, there’s no point in trying to educate them on the benefits of a well-planned vegan diet, because they simply don’t care.

Like most bigots, their words and actions are about letting you know they consider themselves superior; they have no genuine concern for your health and well-being. Don’t waste your energy on such people. Withhold the attention they desperately crave and keep it moving. Unfortunately, not all anti-vegan harassers are as easy to avoid.

Unsupportive spouses, family members, friends, and co-workers cannot be avoided. And these are also the people who will try to change your mind and eating habits. Anytime we make major changes in our lives and habits, regardless of what those changes are, they are usually met with fear and resentment by someone.

Most people are resistant to change, even when it does not affect any aspect of their own lives, but especially when it does. The resistance you may experience from those closest to you will range from honey coated persuasion to passive aggression or even open hostility.

Obviously, a change in eating habits and lifestyle will affect our family and friends the most, as they are the people with whom we share the most meals. But, sometimes, even acquaintances and colleagues who have never swallowed water in your presence will be offended by your diet, question your motives and attempt to change your mind. Do you remember when Oprah was sued for saying she would no longer eat beef?! And she wasn’t even planning to become vegetarian or vegan; she just didn’t want to risk eating beef any longer, because of the frightening information provided by a guest (who was not sued). It’s completely mental! But these are the types of irrational people you may have to deal with in your own life after you eschew animal products.

Also, for good or ill, veganism is viewed by many – including many vegans – as a political statement. This aspect of the problem is important to understand. I’ve come across many such vegans, and while some of them can be judgmental and condescending, most vegans I have known are just trying to improve their overall health and well-being.

Yes, they also care about life on earth and sustainability, but they also understand that you can’t change another person’s long-held beliefs regarding such issues by being a self-righteous tool. In any case, we ALL have the right to decide what goes into our own bodies, and if you are experiencing sabotage and harassment from loved ones, colleagues or anyone else, it’s important to establish clear and decisive boundaries in order to protect yourself, as well as the integrity of those relationships.

The two most common approaches

As I mentioned earlier, the push-back you are likely to experience can range from seemingly benign to combative. However, the two most common approaches you will experience are what I will henceforth refer to as ‘honey’ and ‘vinegar’. Following are examples of each:

“Have a piece of my homemade deep dish cheese cake! I made it just for you, because I know how much you love my cheese cake.”

“You know, I once knew a guy who became a vegan. He ended up in the hospital on the verge of death! Now, that he’s eating meat, he’s as healthy as a horse. Want some of my Buffalo wings?”

It’s fairly obvious which is the honey approach and which is vinegar. And it’s also obvious which approach would be harder to refuse. Setting boundaries with those we love, or even like, can be difficult, especially if you had no boundaries in place to begin with.

You must also realize that those most likely to resist your switch to a vegan lifestyle benefited in some way from your previous way of eating and living. You’ll find that those who don’t want to change their own poor eating habits and lifestyle will view your changes as an indictment of what they eat and how they live, even if you have never criticized their choices. Whether or not anti-vegan harassers are aware of their reasons, you can be certain that they will continue attempting to sabotage your diet until you establish some boundaries.

Part of establishing boundaries is telling others what you want and expect in terms of their behavior towards you. The other part is making sure that they understand that there will be consequences for violating your boundaries. For example, if you tell your friends and family that you would prefer that they do not offer you meat and processed foods, and they choose to do so anyway, it is your responsibility to enforce the boundary you have set. If you fail to establish consequences, this behavior will continue.

It’s also important that you do not apologize for setting and enforcing boundaries, even with your parents or spouse. It will only encourage further sabotage and bullying since apologizing indicates that you don’t really feel you had the right to establish boundaries to begin with. You can never show indecision to a saboteur, it will only fuel their determination to destroy your resolve.

It’s somewhat simpler and less emotional to establish boundaries with people you have no close ties to, but just as important. You don’t have to lay out your expectations upfront with people you do not have a relationship with. Your words and actions in regards to theirs is all that is required.

Refusing food, without losing your cool

Practice saying “No”. By now, you must know which of your acquaintances and co-workers are likely to offer you the foods you no longer eat, and what they might say to convince you. So, you need to plan your responses accordingly. Let’s recycle the previous two examples.

Your ‘work spouse’ says, “Have a piece of my homemade deep dish cheesecake! I made it just for you because I know how much you love my cheesecake.”

Your response could be, “Thank you! That was very thoughtful, but I’ve become a vegan and I no longer eat any animal products, including milk, cheeses, and yogurts.”

This could lead to a conversation about the different varieties of entrees, desserts and other goodies that can be made without animal products. Who knows, your co-worker may become curious and want to try some for herself someday.

If your co-worker is already aware of your switch to a vegan lifestyle, your response could be, “Why would you make a cheesecake for me, when you know I no longer eat animal products? No, thank you. I’ll pass.”

This co-worker is unlikely to offer you non-vegan foods again.

Then there’s the rude co-worker. I can easily imagine them saying, “You know, I once knew a guy who became a vegan. He ended up in the hospital on the verge of death! Now, that he’s eating meat, he’s as healthy as a horse. Want some of my Buffalo wings?”

I’ve noticed, over the years, that the rude ones always seem to have a friend of a friend who did whatever they don’t want you to do, and how they nearly died because of it. Since this person knows that you are a vegan, and made a point of letting you know that they disapprove of your personal choice, you could respond by saying, “That was an … interesting story. No, thank you! I don’t eat meat or any other animal products. But you already knew that.”

You get the picture. There is no need to make a big drama of it, but you must let people know that you are aware of what they are doing and that they are only wasting their own time because you are not tempted. If they suspect you are even slightly tempted, they will persist in this sabotaging behavior.

Co-workers are tricky because you share the same workspaces and see each other every workday. You cannot avoid them or easily limit their access to you. You want to maintain a peaceful work environment, but it should not come at the expense of your health, self-respect, and peace of mind. And what works with a co-worker will not work with your supervisor, manager, or company owner. When your saboteur has the power to fire you, or at least make your work life difficult, it may be necessary to request a private meeting and let them know that while you love your job and enjoy your co-workers, you are not willing to sacrifice your health and well-being just to fit in. No one should have to. If they are even remotely rational and reasonable, they will understand and stop. 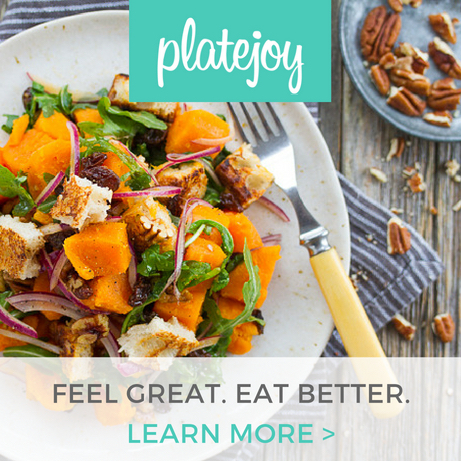 Interestingly enough, food saboteurs do what vegans ought to do: surround themselves with like-minded people who share their beliefs, goals, and values. When you make a major change in your life, it’s imperative that you seek out and create relationships with like-minded people. It’s hard enough to overhaul one’s eating habits, but when your family, friends and even your co-workers are sabotaging you it’s even more difficult. If those closest to you are not being supportive, you must seek support elsewhere.

Online, there are numerous support groups for vegans and raw vegans. The website Daily Strength hosts many support groups, including Vegetarians & Vegans. There’s also a website called Veggieboards, which hosts Vegan Support Forum. Both of these groups are free to join, and you may remain anonymous if you wish. Users can request and give advice on any issue they may be struggling with, as a consequence of becoming vegan. If you prefer face to face support, Raw Vegan Meetups is a great place to find it. At present, they have 366 groups in 28 countries, with more than 134,000 members. And cooked vegans are also welcome. Some groups even offer vegan cooking classes to their members. If you live in North America, you are sure to find plenty of vegans in your area. And if there isn’t a group in your part of the world, you can start your own. Raw Vegan Meetups is also free to join.

The great thing about these resources is that you can get support from people who are on the same vegan journey as you, in person and online. And, who knows, perhaps seeing how much better you look and feel since adopting a vegan lifestyle will encourage your friends and loved ones to make a change for the better themselves.

2 thoughts on “How to Handle Anti-Vegan Harassers”