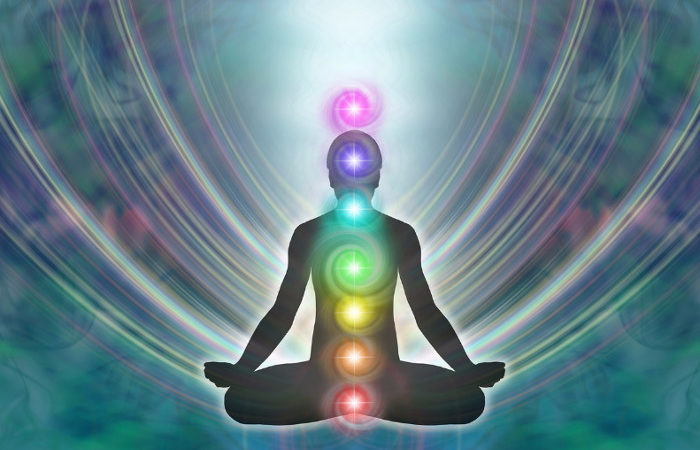 Here it is, Autumn!  I don’t know about you but the time has flown by and as I write this my furnace is going on.  With changes to colder or fluctuations in the weather, we experience an increase in colds and influenza. These two, are for many of us, temporary, however, some bouts seem to last longer at different times and for different people. We also have diseases that can plague us for weeks, months, years and, unfortunately, can end our life.

On the other end of the pole, we have health.  People may define health in many ways.  For example, some people may say being healthy is that you do not have any sickness, either the temporary ones or the long-term.  Some would also suggest that you can still be healthy and have a temporary illness because a measure of health is how fast you recover from an illness.

Let’s be realistic you are going to get some illness at some time and I hope it is only a fleeting temporary one.

Through my years of energy work and research I have found, and I am not the only one, correlations between bacteria, viruses, and health including optimal well-being and energy or frequency levels.  We can consider that optimal well-being as a state of a well-balanced lifestyle.

In a future article, I will delve into wellness/well-being further.  Bacteria and viruses are the physical foundation of disease but in the world of energy, they are merely a product of certain energy signatures or frequencies.  Yup, back to the quantum world I had started on in my last article.

To explore the energy or frequency of bacteria and viruses we can elicit the assistance of the electromagnetic spectrum.  In a nutshell, this spectrum correlates frequency and wavelengths with color and visa versa.

Please keep in mind that before a bacteria or virus is ever visible by microscope it was manifesting in the invisible quantum realm.  The electromagnetic spectrum is a bridge from the quantum realm to our more physical domain.

So, what is the color representing the frequency of viruses? We would consider viruses as resonating at a very high frequency in the ultraviolet range.  Bacteria is at the opposite end of the spectrum in the infrared levels. The optimal well-being is the frequency translated into the color turquoise which is pretty much in the middle of the visible electromagnetic spectrum.

Average health is noted by the frequency of the color green.  If we know these ranges, which are based on physics, then can we use this knowledge to overcome and heal from a viral or bacterial infection?  The answer is, YES!  As a matter of fact, many biophysicists are doing research on that very approach and are having positive results!

For example, Kong-Thon Tsen and fellow physicists at the University of Arizona published a paper in 2007 on using lasers to destroy the membrane of the virus and thus the virus itself.  Also, and well before 2007, in the 1930s, Royal Raymond Rife used penetrating sonic waves to eliminate cancer.  And after that, but before 2007, Dr. Fritz Albert-Popp, Biophysicist, discovered the coherence of biophotons and the frequency that moved cancer cells back into normal communication with the other healthy cells, thus, elimination of the cancer. So, all this exploration has been going on for a very long time.

Having said all that, what things can you do naturally to shift frequencies or maintain the optimal one, so you don’t have those pesky bacteria and viruses having you host their party? Well, natural holistic therapies and products are based on the premise of energy and frequency so seek out a Homeopath, Naturopath, Ayurvedic Practitioner or an Aromatherapist, Chiropractor on a regular basis.  Have a team of these practitioners. And, first and foremost, proper rest, eat well and organic plus, enough water.

Also, take “YOU” time and have fun!  You get the idea.  All these balance your frequency and energy and you will feel awesome!  I missed one BIG ONE, watch your thoughts.  Those thoughts, negative or positive, are energy and create the chemical cascade within your body and sets you up for the matching frequency that invites the same energy those lovely bacteria and viruses are radiating at. More information on that in another article.

For more information on auras visit Conscious Lifestyle Magazine. They have a great article on Auric healing.

To your good health!

Lynn, Barry, “The Planet The cure for cancer was covered up.” The Planet Newspaper, 1999.