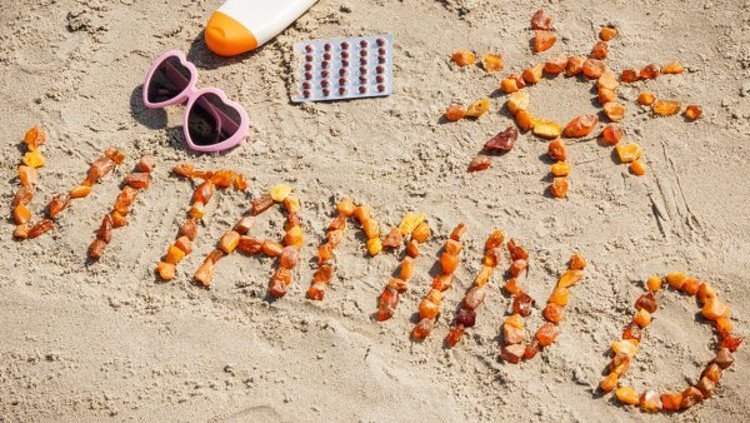 Scientists have discovered a whole new use for the sunshine vitamin known as Vitamin D: Fighting moderate to severe acne. Researchers have been able to determine how vitamin D deficiency affects skin health and why supplementing with vitamin D can prevent and reverse acne.

As you may know, when we are exposed to sunlight (specifically, UVB radiation) vitamin D is manufactured in our dermis. It would seem obvious and natural that vitamin D is important to the health of our skin; yet, scientists have only recently connected the dots.

Below, I’ve listed the ways in which vitamin D affects skin health and helps prevent acne.

How Vitamin D Protects from Bacteria and Inflammation

Vitamin D is fundamental to human health. Among its many other roles, vitamin D is used by our immune system to fight off invading bacteria and viruses. That’s old news. Since 2012, researchers have been aware of vitamin D’s ability to inhibit inflammation.

“In their experiments, they showed that low levels of Vitamin D, comparable to levels found in millions of people, failed to inhibit the inflammatory cascade, while levels considered adequate did inhibit inflammatory signaling.”1

It’s important to understand that the pores are one of the detox routes our bodies use to self-clean. This is why proper skin cleansing is so very important to good dermal health.

“Sebocytes were identified as 1,25OH2D responsive target cells, indicating that vitamin D analogs may be effective in the treatment of acne. In another recent study, the expression of inflammatory biomarkers have been shown to be influenced by treatment with vitamin D in cultured sebocytes, but not through VDR [(vitamin D receptors)].”2

Vitamin D’s effect on the protein called mTOR is believed to be at least partially responsible.

The mammalian target of rapamycin (also known as mTOR) regulates cell growth, including the sebaceous gland cells known as sebocytes. Vitamin D is believed to inhibit the production of mTOR and therefore sebum, decreasing the oiliness of skin and the development of acne.

“[I consider mTOR] the master regulator of acne. It’s a protein that regulates cell growth. One reason dairy products and sugar cause acne is because they boost mTOR, which causes the skin to produce more oil and leads to blocked pores. Vitamin D does the opposite; it reduces mTOR activity in the skin.”3

The Effectiveness of Vitamin D for Acne

Multiple studies have proven that the majority of those suffering from severe acne are vitamin D deficient. A 2014 Turkish study, which compared patients with nodulocystic acne to a control group without, not only showed a huge difference in vitamin D deficiency levels but no other significant biochemical differences.

Despite nearly 100% of the patients with nodulocystic acne being vitamin D deficient, the study’s authors concluded that larger epidemiologic studies should be conducted to confirm their findings.

Other studies have confirmed that the study’s findings, but not to the same immense degree. Most of the other studies were not focused specifically on nodulocystic acne; yet, the majority of those suffering from other moderate to severe acne forms were also proven vitamin D deficient.

There are also plenty of anecdotal accounts we can look to for hope and guidance. More than one YouTuber has made a video about the successful reversal of their oily skin and/or acne using vitamin D supplements. To illustrate this point, I have included two videos by the same vlogger. One on how vitamin D helped normalize his oily skin the other on how it successfully treated his acne:

There are also first-hand accounts of acne reversals on support and information sites like Acne.org. Here’s a quote from a young woman from Canada who suffered from cystic acne for half her life before finding a cure in vitamin D:

“The main, noticeable effect that Vitamin D3 has on my skin is that it dries it out and reduces the oil on my skin. The first two weeks that I took it, my skin started peeling a lot. I loved it. The peeling made my hyperpigmentation go away faster and if there was a small bump, it would peel right off, rather than growing into a big infected cyst. Within those first two weeks I stopped having new breakouts. After about a month, the peeling slowed down, but my skin stayed clear. I now have clear skin, as long as I keep up my vitamin D intake. My hair is also not uncontrollably greasy anymore. I can wash it every 2 days now, where I used to have to wash it 1-2 times per day and it always looked terribly greasy before washes. … I take Vitamin D3 to prevent my skin from getting oily, which prevents me from having acne. I had to play around with the dosage a little bit because if I take too much, my skin gets too dry (especially my eyelids). If I don’t take enough, my skin gets oily and I break out. It’s actually a very fine balance for me.”

How Much Vitamin D Is Needed?

How much vitamin D you will need to supplement depends on you: how much you weigh, how much sunlight you get (which is affected by where you live), and the melanin content of your skin. But the current RDA (recommended daily allowance) of vitamin D is 600 IU for children 1-years old and older and adults up to age 70. People over 70 need more vitamin D – 800 IU. Keep in mind, the RDA is the minimum amount of nutrients needed to maintain general good health.

The RDA for vitamin D is not enough for most people. The vitamin D experts certainly don’t believe so. The Vitamin D Council recommends 5,000 IU per day. And they have determined an easy way for everyone to calculate the exact amount of vitamin D they need. Basically, 70-80 IU per day per kilogram of bodyweight total. I explain this in greater detail in my video ‘Vitamin D vs Disease’.

To safely attain optimal levels f vitamin D, most people in most places will need to supplement. If you believe you need a vitamin D supplement, choose D3. No other form of vitamin D is as effective as D3 and I explained why in the article ‘Vitamin D Versus Cancer’.

Is Vitamin D A Natural Cure for Acne?

Acne can also be caused by changes in hormone levels, clogged hair follicles, bacteria, excess oil production, and more. A combination of these causes could be to blame for your acne so it would be silly to claim that any one treatment could cure every kind of acne. It may be necessary to take a multi-prong approach to treatment to reverse your acne, including a change in diet and external care. In any case, vitamin D may be a very useful tool in your fight against acne.

2Wedad Z. Mostafa and Rehab A. Hegazy. “Vitamin D and the Skin: Focus on a complex relationship: A review”. Journal of Advances Research, November 2015. Web. September 2018