In no particular order, following are a few of the steps you can take to help slow the progression of Macular Degeneration:

“Smoking is the most important modifiable risk factor for AMD development and progression.”1

Several studies from around the globe have proven beyond doubt that smoking and being exposed to second-hand cigarette smoke is indeed a risk factor for developing and worsening Macular Degeneration. These studies included both current and former smokers, as well as non-smokers, and the increased risk of neovascular AMD was present for up to 20 years after cessation of smoking.

“Pooled data from the aforementioned trials from three different continents provided strong and consistent evidence that tobacco smoking is the main known preventable exposure associated with any form of AMD. Depending on the type of AMD, current-smokers have 2- to 4-fold increase in risk for AMD when compared to patients that never smoked”1

How Second-Hand Smoke Can Impair Sight

Not as much research has been devoted to the effects of smoking on non-smoking macular degeneration patients. I’m referring to people who live with smokers or who work in an environment where they are forced to passively inhale other people’s cigarette smoke. But I did find one human study that examines the effects of second-hand smoke on macular degeneration in non-smokers.

“Researchers at Cambridge University UK have studied the impact of smoking on the risk of age-related macular degeneration (AMD), one of the most common causes of blindness. They discovered that living with a smoker for five years doubles the risk of developing AMD, and being a smoker triples it. Research has already shown that smoking increases AMD risk, but this is the first study to show similar risks from passive “secondhand” smoke.”2

The other research study on this topic used animal subjects. And like the human study, it proved that cigarette smoke is indeed very harmful to the eyes, particularly the retina.

“Cigarette smoke contains a mixture of chemicals, absorbed through the lungs. Some of these are oxidants, which can damage the retina when they travel through the bloodstream. Experimental mice exposed to cigarette smoke develop retinal degeneration that looks similar to AMD.”3

So the harmful effects of cigarette smoke are not confined to humans. Something to consider if you are a smoker with pets.

Protect Your Eyes from UV Radiation

Whether you wear sunglasses or contacts with UV protection, it’s very important to protect your eyes from UV radiation if you want to slow the progression of macular degeneration (the same is also true for cataracts).

“The retina is highly susceptible to photochemical damage from continuous exposure of light and oxygen. The cornea and the lens block a major portion of the ultraviolet (UV) radiation from reaching the retina (<295 nm). The relationship between UV light exposure and AMD is unclear, although short wavelength radiation and the blue light induce significant oxidative stress to the retinal pigment epithelium. Epidemiologic evidence indicates a trend toward association between severity of light exposure and AMD.”4

Free radicals are impossible to avoid, our bodies produce them as a matter of function. But a healthy diet can normally keep those limited free radicals under control. However, if you smoke, are subjected to the smoke of others, fail to protect your eyes from UV radiation, AND you don’t eat a diet rich in antioxidants, you are putting your vision at great risk.

A diet rich in antioxidants has been proven to not only neutralize free radicals but slow the progression of AMD. Learn more about the nutrients that slow macular degeneration and their individual benefits to eye health in my previous post, 5 Nutrients that Slow the Progression of Macular Degeneration. You’ll find that all whole plant foods contain at least 2 of these nutrients. 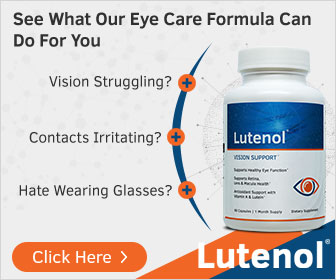 If you’re willing to follow all of these precautions, you can succeed in slowing the progression of macular degeneration. But these steps should be utilized in addition to medical treatment for AMD, not instead of.