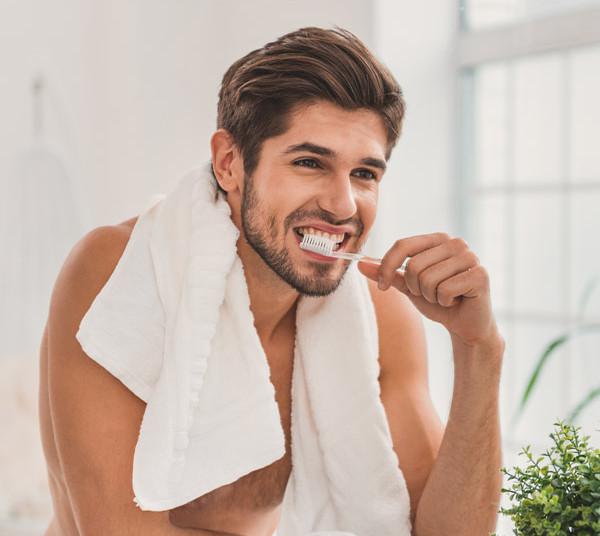 Because your dentist and your general practitioner physician are two separate people, it’s easy to think of the health of your mouth as something separate from your overall health. You wouldn’t see your dentist for high blood pressure, after all; and your doctor wouldn’t be able to help you if you needed a crown on your molar.

However, even though your mouth and teeth require unique care, they’re still parts of your body. What affects one part of your body often can affect other areas, because they’re all connected and dependent on one another. Dentists and doctors agree that as many as 90 percent of all systemic diseases produce symptoms in the mouth as well as elsewhere in the body. That means, even though you see different specialists to treat them, the health of your mouth and your body are more connected than you might believe.

A growing number of health care professionals are recognizing the holistic connection between oral health and overall health. This emerging understanding has led to doctors making stronger connections between oral health issues, such as periodontitis; and other maladies, such as heart disease and respiratory issues. Because nearly half of Americans have some type of gum disease, it’s important to understand these connections.

Your mouth is the primary gateway to the rest of your body. That means your mouth is the first line of defense against disease in many respects. One of the most common ways oral health can be connected to overall health is through the bacteria that builds up on your teeth and gums throughout the day. These bacteria can cause gum disease as well as more serious issues. For example, bacteria found in dental plaque has been linked to respiratory disease because people can breathe it into their lungs.

In other cases, periodontal disease can be worsened by conditions elsewhere in the body. For example, diabetes can impair the flow of blood to the gums. This makes the gums more susceptible to infections. The higher blood glucose levels caused by diabetes also encourage bacterial growth. Obesity — which often precedes diabetes — also has been found to accelerate the spread of periodontitis. All of these conditions add up to create periodontal complications when they are not properly treated.

Because your mouth is your body’s first line of defense against many forms of disease, the importance of proper oral health and hygiene is worth a reminder. Keeping up with your regular routine of brushing and flossing does far more than protect your teeth and gums. Regular brushing and flossing also remove much of the harmful bacteria that can build up in your mouth and cause gum disease as well as complicate numerous other conditions. Not only can this ensure healthier teeth and gums, but also helps you stay healthier overall by helping to prevent other types of serious illness.

The following guide illustrates some of the most common connections between oral health and overall health. The next time you visit the dentist, consider how much he or she is doing for the health of your entire body as well as your mouth.

This guide was created by Grove Dental, a dentist in Downers Grove

Darla Scheidt
Darla Scheidt is Marketing Director of Grove Dental, a successful multi-office group dental practice in the western suburbs of Chicago. With four offices, more than 30 doctors and over 40 years of experience, Grove Dental stays on the cutting edge of dentistry to better serve patients.