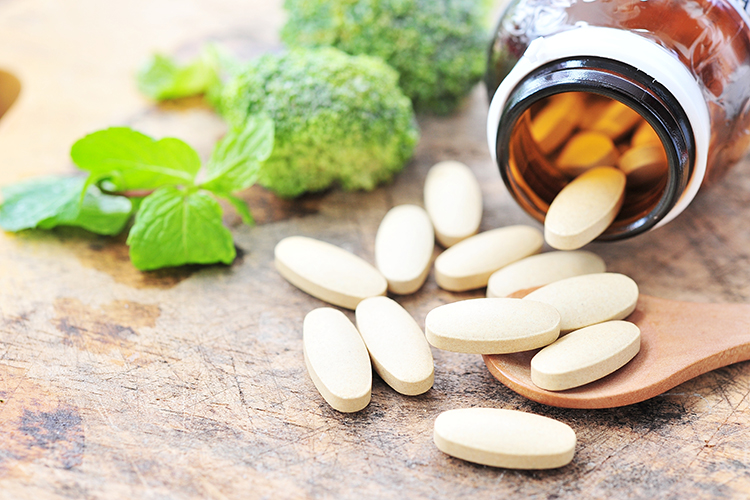 When most people think of natural pain relief they tend to think of something alien to the body. Vitamins and minerals, which are an integral part of the human body and diet, are not foremost in our minds when it comes to pain relief or even prevention. Fortunately, numerous research studies have demonstrated that nutrition is one of the best ways to prevent and neutralize pain in the body. Below, I have listed five proven pain relieving nutrients.

Vitamin D deficiency has been linked to chronic pain in many sufferers who have tried conventional therapies and treatments that have failed to yield positive results.

“Over the past 10 years, several researchers have found an association between extremely low vitamin D levels and chronic, general pain that doesn’t respond to treatment.”1

Vitamin D deficiency is quite common in people suffering from chronic pain. But the cause of their pain is often misdiagnosed because bone aches are easily mistaken for muscle aches, as most people (doctors included) do not expect bones to ache. However, despite the numerous research studies that clearly demonstrate a direct correlation between chronic pain and vitamin D deficiency, most medical researchers are not yet prepared to advise vitamin D supplementation to chronic pain sufferers who’ve been disappointed by conventional medical treatments.

“A study in a previous issue of the Scandinavian Journal of Primary Health Care (SJPHC) adds to the growing list of publications on vitamin D as a possible treatment for chronic pain. It describes a high prevalence of hypovitaminosis D [aka vitamin D deficiency] in patients with non-specific musculoskeletal pain, headache, and fatigue. The conclusion is that general practitioners should maintain awareness of hypovitaminosis D in these patients. The authors are, however, aware that firm conclusions regarding cause and effect cannot be based on a cross-sectional study, which leaves plenty of room for confounding. Vitamin D supply is defined by sun exposure and dietary intake, which may be affected by work, economy, culture, diseases etc. Similarly, chronic pain may be affected by work, economy, culture, diseases etc.”2

Vitamin C is one of the best-known vitamin antioxidants. Antioxidants (all of them) are great at neutralizing inflammation in the body. Inflammation can cause pain; so, obviously, any substance that eliminates inflammation will eliminate pain caused by inflammation.

“Studies have assessed the effects of vitamin C therapy on chronic, excessive pain (CRPS) and found it to be highly effective. Vitamin C, also known as ascorbic acid, reduces inflammation and acts as a natural antihistamine and antibiotic. A 2007 Journal of Bone & Joint Surgery study found that taking 500 milligrams of vitamin C daily over 50 days greatly reduced pain for those with bone fractures.”3

A medical doctor, Robert F. Cathcart, was able to neutralize his pain after surgery using high doses of vitamin C. Here’s what he had to say on the subject:

“The day before Thanksgiving I had a cornea transplant. When the local began to wear off, it became obvious that it was going to be painful. I began taking 12 grams of ascorbic acid orally every 15 minutes. By the time I reached 72 grams, there was absolutely no pain. I continued to take 8 to 12 grams an hour that evening and the following day. There was no pain. … The reason that ascorbate (only in very high doses) is such a good pain killer is because the pain is mediated by free radicals and if there are no free radicals, there is no pain. The important thing to remember is that the ascorbate has to be forced into the tissues involved in very high concentrations before the ascorbate has this pain killing effect.”4

Vitamin B12 (aka Cobalamin) is very useful for joint pain in arthritis sufferers. And vitamin B12 was used as a painkilling vitamin in several countries from 1950 onward. It’s still used in Sweden for this and other purposes. It’s believed that vitamin B12’s painkilling effect stems from its protection and regeneration of the neurons and the nervous system.

“Methylcobalamin (MeCbl), the activated form of vitamin B12, has been used to treat some nutritional diseases and other diseases in clinic, such as Alzheimer’s disease and rheumatoid arthritis. As an auxiliary agent, it exerts neuronal protection by promoting regeneration of injured nerves and antagonizing glutamate-induced neurotoxicity. Recently several lines of evidence demonstrated that MeCbl may have potential analgesic effects in experimental and clinical studies. For example, MeCbl alleviated pain behaviors in diabetic neuropathy, low back pain and neuralgia. MeCbl improved nerve conduction, promoted the regeneration of injured nerves, and inhibited ectopic spontaneous discharges of injured primary sensory neurons. This review aims to summarize the analgesic effect and mechanisms of MeCbl at the present.”5

Vitamin B12 is also needed for healthy red blood cell production, which is needed to prevent anemia. Rheumatoid arthritis sufferers tend to be anemic, and some research studies have linked anemia to rheumatoid arthritis and rheumatic pain.

Vitamin E is another well-known antioxidant that relieves pain. But, unlike vitamin C, vitamin E may not neutralize pain by acting as an anti-inflammatory.

Those ‘standard medications’ include NSAIDs, like aspirin and ibuprofen. Hopefully, more research will be done to explain exactly how vitamin E reduces pain, if not by reducing inflammation (as other antioxidants do).

How much vitamin E you need for pain relief depends on who you ask. Prevention magazine advises an intake of 100-400 IU, but the Arthritis Foundation recommends only 22.4 IU for the average person.

“The average healthy individual typically does not have a problem with getting sufficient vitamin E, according to the Arthritis Foundation. Individuals with Crohn’s disease, cystic fibrosis, or liver disease, however, may need extra amounts. … The Arthritis Foundation also said high amounts of vitamin E can increase bleeding, and it advises to not mix it with nonsteroidal anti-inflammatory drugs, such as aspirin. High dosages of vitamin E should also be avoided while undergoing chemotherapy and radiation treatments. The University of Maryland said vitamin E may interact with anti-depressants and anti-anxiety medications.”7

Magnesium has been proven effective for both muscle and nerve pain. Magnesium is famous for its muscle relaxing prowess, which, of course, also relieves muscle pain, but nerve pain is more of a mystery. Researchers have hypothesized a few reasons why magnesium can relieve nerve pain; but only time and more research will prove which, if any, of those educated guesses are true.

“Scientists aren’t completely sure how magnesium helps alleviate nerve pain. It may have something to do with magnesium’s potential influence on inflammation, however. Experimental evidence in animals found that magnesium regulates processes involved in the inflammatory response. When cellular magnesium increases, inflammatory processes such as the release of pro-inflammatory proteins decrease. Magnesium may also prevent the activation of receptors found in nerve cells that regulate pain. More studies are needed, but these findings suggest magnesium plays a role in regulating pain, according to a study published in the February 2007 issue of the journal Archives of Biochemistry and Biophysics.”8

Magnesium is even effective against sciatic nerve pain (aka sciatica). A study published in the journal Magnesium Research states,

“Magnesium (Mg) supplements have been shown to significantly improve functional recovery in various neurological disorders. The essential benefits of Mg supplementation in peripheral nerve disorders have not been elucidated yet. The effect and mechanism of Mg supplementation on a sciatic nerve crush injury model was investigated. Sciatic nerve injury was induced in mice by crushing the left sciatic nerve. Mice were randomly divided into three groups with low-, basal- or high-Mg diets (corresponding to 10, 100 or 200% Mg of the basal diet). Neurobehavioral, electrophysiological and regeneration marker studies were conducted to explore nerve regeneration. First, a high Mg diet significantly increased plasma and nerve tissue Mg concentrations. In addition, Mg supplementation improved neurobehavioral, electrophysiological functions, enhanced regeneration marker, and reduced deposits of inflammatory cells as well as expression of inflammatory cytokines. … In summary, improved neurological function recovery and enhanced nerve regeneration were found in mice with a sciatic nerve injury that were fed a high- Mg diet, and Schwann cells may have been rescued from apoptosis by the suppression of inflammatory responses.”9

FYI, apoptosis is a process of programmed cell death, that occurs naturally when a cell become mutated or damaged beyond repair. Apoptosis is what prevents cells from becoming cancerous in otherwise healthy individuals. If magnesium is saving Schwann cells in the sciatic nerve, it’s safe to speculate that the magnesium is somehow healing those Schwann cells.

There may be other vitamins and minerals that can also neutralize or reduce pain in the body, but the five I’ve listed above are the best known and researched.

I do my best to bring you evidence-based alternative health remedies and treatments, but I’m certainly not opposed to anecdotal evidence. That being said, if you have used a vitamin or mineral successfully to manage your own pain, please, share below in the comments or tweet me on Twitter. It may inspire a follow-up article or addendum to this post.

If you are interested in herbs that relieve pain, check out my previous article, Natural Pain Relief: Herbs.