Not very many seven-year-old boys can talk about medical cannabis, but for Logan Cruickshank, this medical treatment was a lifesaver.

Before he even turned one, Logan was diagnosed with cerebral palsy. Therese and Tage Cruickshank, his mother, and father, saw him regularly making a fist with his right hand. Upon visiting their pediatrician, they were sent to a London, Ontario-based medical center for children.

When the test results were delivered, Logan’s parents were shocked to hear that Logan would never talk or walk, and would need all-day care for as long as he lived. This was a debilitating diagnosis for everyone, and no one expected such news. Still, Logan’s parents stayed hopeful and asked for another opinion.

Fortunately, the cerebral palsy wasn’t as extreme as they were led to believe – Logan had Spastic Asymmetrical Triplegic cerebral palsy. As such, although he would endure hardship with both of his legs and his right arm, he could still function. Even though his parents were told that his restrictions weren’t set in stone, Logan’s parents remained hopeful about their child’s future. Logan kept surpassing everyone’s anticipations.

One evening, Logan suffered from an Epileptic seizure. His eyes were open and convulsed to the back of his head. Logan’s parents attempted to return him back to consciousness, but to their surprise, Logan’s condition worsened. Once he started throwing up, Logan’s parents called 911.

They were scared waiting for the status of their child in the hospital’s waiting room. The last thing they wanted to hear was that Logan didn’t make it.

They felt relieved when the doctors revealed that, although Logan would remain alive, they were having difficulty pulling him out of his severe seizure, which lasted five hours. About six weeks and three seizures later, Logan was officially diagnosed with Epilepsy.

Logan would visit a number of experts and try out several anti-epileptic medications, which didn’t have any impact on his ongoing seizures. Logan would endure one monthly grand mal seizure and need medical intervention to curb it. The meds he was taking were in high dosages, and it didn’t take long before Logan began suffering from absence seizures – brief 10 to 15-second staring spells. His doctors chose to modify the antiepileptic drug he was taking, which seemed to be effective for about three months before the seizures returned – and when they did, they were much more severe.

Logan’s parents refrained from using the plant because of the negative stigmas surrounding it. However, as they did some reading, they felt hopeful about Logan’s use of it. They had heard about the advantages that medical cannabis brought, and even met an Oregon couple whose daughter was using cannabis oil to treat her Epilepsy.

Logan’s doctors were not keen on using medical cannabis to treat the child, though. Their pediatrician and neurologist were against the idea as well.

When Logan’s parents met Martina, a Medical Marijuana Consulting Cannabis coach, their optimism returned. Martina was an advocate for medical cannabis and looked into supportive options for Logan. She found someone who was willing to help in  September of 2017.

When Logan started taking cannabis oil, he contained to take his existing meds with it for the sake of bypassing any withdrawal effects. Within a few weeks, the Cruickshank’s saw a reduction in the number of seizures the child was enduring. Logan began weaning off the anti-epileptic in November.

By February 4th, Logan happily threw his meds in the trash.

As Logan weaned himself off the prescriptions, he went from having 5 to 6 weekly seizures to 5 to 6 in total. He didn’t endure any seizures during the final 15 days where no medications were taken.

It’s quite astonishing to see the results. While Logan is aware that he could endure a seizure again down the road, ever since he became drug-free, he’s been given the chance to live the life any boy his age should.

Logan is now taking on activities he hadn’t yet tried. Up to this point, he wasn’t as active as he wanted to be, but thanks to the cannabis oils, he’s more engaging than ever, whether he’s at school or home. What his parents weren’t aware of was that Logan’s high medication dosages were trapping him in an ongoing sedation state.

Up to now, they weren’t mindful of how powerful his personality was. They just assumed he was inactive and quiet due to his medical ailments. Once Logan became drug-free, though, they began to notice a completely different child emerge from his shell.

The medicinal cannabis for his Epilepsy treatment has also been beneficial for Logan’s cerebral palsy. Before he used cannabis oil, if Logan walked too much, he would suffer from leg pains in the middle of the night. However, over the last several months, Logan is pain-free and more active than he has ever been.

Most people shy away from cannabis due to the stigma that comes with it. Research does show that it can positively affect lives and instill a sense of optimism in anyone going through pain.

Logan is now behaving like any other kid his age, complete with behavioral patterns that give parents a headache. Still, Logan’s mother and father couldn’t be happier that their son is living normally. Because of the success they had treating his Epilepsy, they can now start to focus on his cerebral palsy treatment.

The outcome of what Logan went through is not scarce. There have been reports of successful Epilepsy treatment through medical cannabis worldwide. In fact, licensed producers in Canada are specifically are focusing on this aspect.

London, Ontario’s Koby Smutylo, the COO of a licensed production company called Indiva Ltd., claims to have received similar feedback and is excited about peer-reviewed research on Epilepsy and cannabis.

Logan has gone through a tough road, but in the end, optimism and cannabis gave him – and his parents – a better life. While the future remains uncertain, everyone involved looks forward to what it brings. 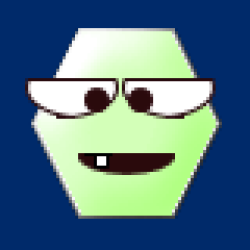 Madison Cole
Hey, I'm Maddy! I believe in the healing power of natural herbs and tinctures, love spending time barefoot in the forest, and have a puppy named Sir Roddingham (Rod for short).