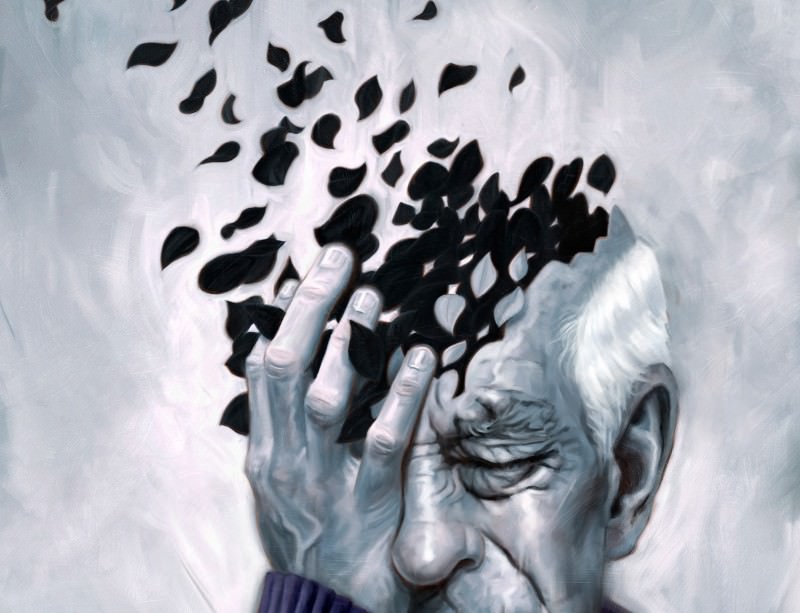 Dementia is more dreaded than cancer, even death. The very notion of losing control of one’s own mind is enough to fill anyone with terror. Fortunately, numerous studies, some going back decades, strongly suggest that vitamin D is the key to preventing dementia and other psychological disorders.

As I mentioned in the previous article, Vitamin D Versus High Blood Pressure, vitamin D receptors are distributed throughout the human body. That distribution includes a wide variety of brain tissue. When these receptors are activated by vitamin D, it facilitates nerve growth in your brain. It’s also believed that optimal vitamin D levels increase important brain chemicals and protect brain cells by increasing the effectiveness of glial cells in nursing damaged neurons back to health. This may help to explain why vitamin D can help prevent dementia.

There’s no shortage of studies establishing that people suffering from dementia, more often than not, are vitamin D deficient. for example, a 2014 study published in the journal Neurology proved that people with extremely low vitamin D levels are more than twice as likely to develop Alzheimer’s disease and other forms of dementia as those with normal vitamin D levels.

Note: The Mini-Mental State Examination is a 30-point questionnaire that is used extensively in clinical and research settings to measure cognitive impairment.

One study even suggests that vitamin D’s effect on blood vessels may play a role in its ability to prevent dementia in some sufferers. The study, published in the Journal of Neurological Sciences, showed that vitamin D deficiency was a factor in vascular dementia (VaD) due to small vessel disease (SVD) in the Asian Indian population that was studied. Here’s a quote:

“140 VaD patients aged ≥60 years with neuroimaging evidence of SVD, and 132 age and gender-matched controls, were investigated. Vitamin D status was estimated by measuring serum 25-hydroxy vitamin D. Logistic regression model revealed that deficient levels of vitamin D (<12 ng/ml) were associated with 2.2-fold increase in odds of VaD after adjustment with covariates. Hypertension was independently associated with 11.3-fold increased odds of VaD. In hypertensives with vitamin D deficiency and insufficiency (12–20 ng/ml), the odds were increased to 31.6-fold and 14.4-fold, respectively. However, in hypertensives with vitamin D sufficiency (>20 ng/ml), the odds of VaD were increased by 3.8-fold only. Pearson correlation showed that serum vitamin D was inversely associated with systolic and diastolic blood pressure (r = −0.401 and −0.411, p < 0.01, respectively) in vitamin D-deficient subjects. Since the combined presence of hypertension and vitamin D deficiency increases the probability of developing VaD, screening for vitamin D status in addition to regular monitoring of blood pressure, could reduce the risk of VaD associated with cerebral SVD in the elderly Asian Indian subjects.”2

To summarize, while you are more likely to suffer from vascular dementia if you are vitamin D deficient, and even more so if you are hypertensive, your chances of developing vascular dementia absolutely skyrocket if you are both. Knowing that vitamin D can decrease high blood pressure as well as your odds of developing dementia, these findings are not surprising. But it’s always comforting to have one’s conjectures backed up with research.

Vitamin D and the Brain

Although scientists still don’t have a complete understanding of the brain, and all that it is capable of, they are certain that Vitamin D plays a very important role in its function. For one, vitamin D regulates expression of tyrosine hydroxylase (a rate-limiting enzyme), which in turn controls dopamine, epinephrine (aka adrenaline), and norepinephrine. These are brain chemicals that control mood and motivation, as well as survival responses.

In addition, vitamin D’s role in dementia and other psychiatric illnesses is suggested by the region-specific expression of vitamin D receptors in the cingulate cortex, thalamus, hippocampus, cerebellum, and amygdala.

And most of these regions also contain enzymes capable of metabolizing the most active forms of vitamin D – calcidiol (25(OH)D) and calcitriol (1,25(OH)2 D).

But, of course, vitamin D deficiency is not the only cause of dementia.

Other causes of dementia

Anything that can cause neuron (nerve cell) damage in the brain can lead to dementia. And because that damage can occur in different regions of the brain, dementia affects people differently, depending on the area(s) of the brain affected.

Following are some of the most common nerve cell-damaging and killing agents:

Aside from avoiding all of the items listed above and getting sufficient vitamin D from sunlight (and D3 supplements, if necessary), studies have shown that getting regular exercise, as well as exercising the mind with social and mental stimulation, eating a healthy diet, maintaining a healthy weight and keeping blood pressure in the normal range, can also help prevent dementia.

I explain how to calculate the amount of vitamin D you need in the video ‘Vitamin D vs Disease’.

1 thought on “Vitamin D Versus Dementia”