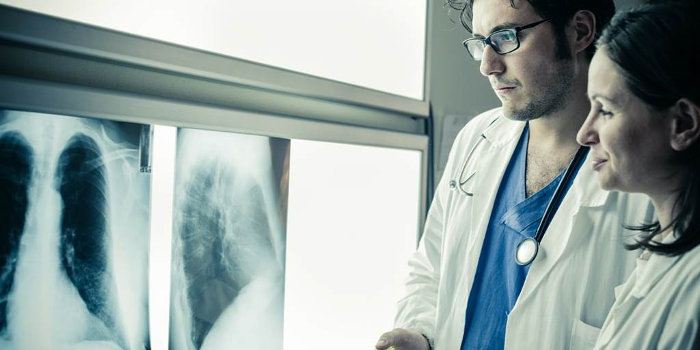 Self-treatment sometimes gets a bad rap, because, on those occasions when it does go wrong, it can go very wrong. The main cause of these instances of alternative treatments gone amiss is a misdiagnosis. Self-treatment can and does work, but one must first understand what they are treating to succeed.

Things aren’t always what they seem

Nonspecific symptoms like runny nose, sore throat, headache, and fatigue could mean that one has a cold or the flu, but they could also be signs of something else, something potentially life-threatening. The ailments most commonly mistaken for cold and flu, in the early stages are …

Most sinusitis symptoms are what one would expect of a cold or flu, but if one’s nasal discharges are thick, yellow and smell bad, headaches are concentrated in the forehead, and there’s pressure or pain around the face and eyes, it’s most likely a sinus infection.

In addition to typical cold symptoms, with pneumonia, one’s phlegm can be yellow or green, and sometimes bloody, which is not typical of a cold. However, if one also has a fever, shaking chills and shortness of breath when ascending a stair, they might assume that they simply have the flu.

Shaking chills often accompany a fever, regardless of the cause, but shortness of breath is not typical of the flu, in otherwise healthy individuals. Shortness of breath should be viewed as a warning that one needs immediate medical attention.

All of the presenting pertussis symptoms are synonymous with cold and flu – the runny nose and sneezing, mild cough and low-grade fever – and last 1-2 weeks. The pertussis specific symptom of apnea can also occur during the first two weeks but only seems to occur in infants. It’s not till later that one will begin experiencing the severe coughing jags that led to pertussis being called ‘whooping cough’; these coughing jags are usually followed by vomiting and exhaustion.

One early symptom of bronchitis is a hacking cough that can persist for five or more days, but cold and flu sufferers also cough. Bronchitis phlegm can be clear, yellow, white or green; so, unless one is fortunate enough to get the yellow or green phlegm, that symptom is of no use in diagnosing bronchitis. Bronchial coughing can make one’s chest sore, but that is also possible with flu (and pertussis and pneumonia).

With bronchitis there’s usually no fever, but when there is it is low-grade, which is typical of flu and other ailments. All of these symptom commonalities make diagnosing bronchitis challenging.

The joint pain, muscle pain, and neck stiffness that accompanies meningitis could be interpreted as the result of many things: too much exercise, sleeping in the wrong position, not enough sleep, etcetera. The fatigue, nausea, and vomiting that’s emblematic of meningitis are also typical in flu sufferers.

The only symptoms that may alert one that they are not dealing with the flu are the sudden high fever, cold hands and feet, severe headache, confusion, irritability, a distinctive rash (which is harder to see on dark skin), trouble waking up and discomfort under bright lights; BUT some of these symptoms may be absent and others may not present early. If you suspect meningitis, get help immediately! Meningitis can kill in a matter of hours; so, there’s no time to waste.

Seeking Treatment. Or Not

To reiterate, some of the diseases that share the same nonspecific symptoms that accompany cold and flu have the potential to be fatal. That danger increases if you waste precious time treating an illness you do not have. And it’s not just pneumonia, bronchitis, pertussis and meningitis that, left untreated, can kill you. There are many more illnesses, with symptoms associated with nonlethal ailments, that are fatal without proper and timely treatment.

Lyme disease, for example, is often mistaken for arthritis, fibromyalgia and even multiple sclerosis. None of those ailments will decrease your lifespan but, left untreated, Lyme disease can kill you. My point is, when in doubt, always get a professional’s opinion.

I understand that, for many, seeking a professional diagnosis is not simply an expense issue, it’s also a physician trust issue. Those of us who use natural medicines – supplements, homeopathy, herbs, etcetera – have all encountered physicians who do not appreciate the value of such treatments and discouraged their use. Such opposition from one’s healthcare provider can be disheartening and often leads to patients concealing their use of natural medicines and supplements, which, for those taking prescription medications, has the potential to be dangerous.

Fortunately, alternative medicines and holistic health practices have become more popular among the public and more permissible among Western medical doctors, many of whom have recognized the benefits. This gives us more options.

In addition, many naturopathic physicians (NDs), and other alternative health practitioners have opened up clinics all over the country. Many of these NDs are also MDs with hospital privileges; so, it’s easier than ever to safely exercise all of your health options. Below, I have listed three websites where licensed integrative, holistic and naturopathic physicians, from all over the U.S. and beyond, can be found:

Most of the time, when you develop a cough, runny nose, and other nonspecific symptoms, it is nothing more severe than the common cold. If those symptoms persist for longer than a week, and you develop a fever, body aches and headaches, it could be the flu. However, you should consider the possibility that it may be something far more serious.

Trust your instincts. If there’s any doubt at all about what is ailing you, and especially if self-treatment is having no effect, you should seek a conclusive diagnosis from a reputable physician. Do not wait for things to get worse. If you are suffering from something more complex than the common cold or mild flu, you’ll be able to get immediate and appropriate treatment. And if it is something simple, you can still self-treat, secure in the knowledge that you are treating the correct ailment.