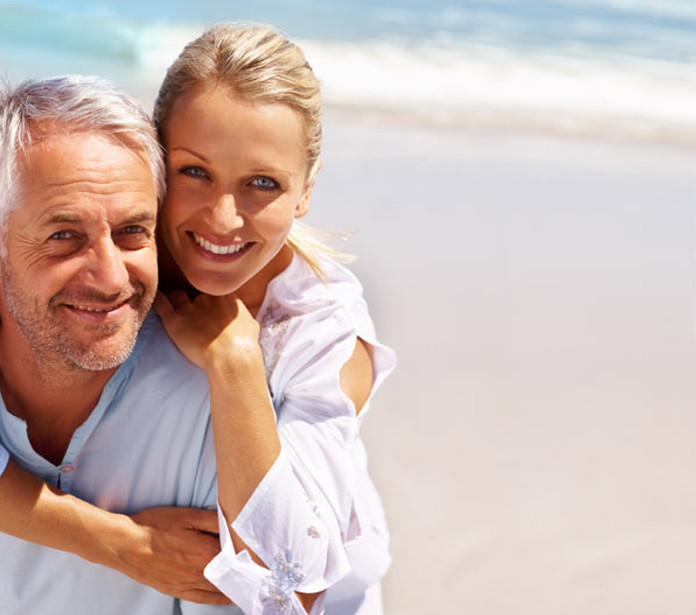 Human Growth Hormone, also known as HGH, is produced in the body by the pituitary glands. It helps our cells reproduce and promotes the growth of tissues, organs, and bones. So, obviously, HGH is extremely important for growing children, but as adults, we continue to benefit from optimal HGH levels. And low HGH levels can lead to physical and mental issues and make aging much harder than it needs to be.

Scientists have been studying the benefits of synthetic HGH for decades now. So, the medical community has a pretty good understanding of how HGH can improve the average person’s life and general health. Following, are the top 12 reasons HGH is used by adults.

These are just the most common reasons adults with an HGH deficiency choose to supplement. There are several other benefits that have not been researched as well as these. Keep in mind, much of the HGH research studies have involved child subjects, but there has been an increasing number of adult studies in recent years as well.

According to a Harvard Medical School publication,

A study, published in the Journal of Clinical Endocrinology, demonstrated synthetic HGH’s usefulness for elderly men. The study participants, who were 65 to 82 years of age, were able to gain muscle mass and lose fat mass while remaining at their starting weight.

Adult women produce more HGH than men, but it decreases as they age as well. Not much research has been done on the use of HGH for menopause, because most research concentrates on older men. However, there is a lot of anecdotal evidence from women who have used HGH to treat their menopause symptoms.

“One woman said: At 52, I started taking Humatrope and the menopause symptoms stopped and my monthly cycle became regular. I found I didn’t need the other hormone replacement therapy (estrogen and progesterone) so I stopped them except for DHEA. No more night sweats and no more hot flashes, thank God. I’ve been on HGH since 2001.”2

And, of course, HGH is widely used by professional athletes competing in both strength and endurance sports. So, you don’t have to be nearly depleted of growth hormones for synthetic HGH to work for you.

In children, HGH deficiency is considered a symptom of genetic diseases, such as Turner Syndrome and Prader-Willi syndrome. Such a deficiency is called Growth Hormone Deficiency (GHD).

“Children with cleft lips or cleft palates often have poorly developed pituitary glands, so are more likely to have GHD.”3

HGH can also decrease as a result of serious head injuries, infections, and radiation treatments. An HGH decrease under these circumstances is called Acquired Growth Hormone Deficiency (ADHD).

But most of the time, in adults, HGH levels decrease with age. By age 30 we have only 20% of the peak levels we had during childhood. After 30 our HGH levels decline further, at a rate of 12-15% per decade and often much more.

“By the time most of us are 30 years old, our bodies no longer produce enough HGH to repair all of the damage that is occurring in our bodies. As our HGH levels continue to decline, the damage that we call aging continues to accelerate.”4

In adults, low HGH levels can manifest in a combination of symptoms – some physical, some psychological and neurological. Many of these symptoms are associated with aging. These symptoms include…

Fortunately, supplementing with the right type of HGH can help reverse these symptoms.

When you search for HGH supplements you’ll discover a variety of types.

The most effective HGH replacement therapies are only available by prescription. The rest are over-the-counter preparations that don’t usually contain HGH, just nutrients, which is why they are considered ‘dietary supplements’ by the U.S. FDA and regulated by food law.

Of course, the quality and effectiveness vary between each form and among brands.

HGH injections, also known as Somatropin, are synthetically made human growth hormones that can provide full HGH hormone replacement therapy. Injections are the most direct and effective means of raising HGH levels in the body because they’re not dependent on the functioning of the pituitary gland. Making injections highly beneficial to patients whose pituitary gland is no longer functioning normally.

Somatropin is a controlled substance, only available by prescription. And because of its potency, it should only be used under a doctor’s supervision.

Also known as Sermorelin Acetate, GHRH is a synthetic version of the growth hormone releasing hormone that is made naturally by the body. It is less effective than Somatropin and is not suitable for growth hormone deficiencies caused by a malfunctioning pituitary gland.

Like Somatropin, Sermorelin acetate is only available by prescription and given by subcutaneous injection.

None of these are as effective as prescription HGH and most do not contain growth hormones. Some homeopathic sprays do contain homeopathic amounts of Somatropin but other releasers do not. Most releasers are composed of amino acids, vitamins, and/or herbs. Most are in the form of pills, tablets, capsules, and powder products that are taken by mouth and go through the stomach. The purpose of releasers is to induce the pituitary gland to produce its own HGH.

The goal of the patch is to supply the body with a constant and steady flow of the medication over a long period of time. Patches may contain herbs, vitamins, minerals, amino acids, and/or homeopathic HGH. The effectiveness of the patch has not been established and, like the releasers and homeopathic spray, they are available over-the-counter.

All of these methods are painless; unfortunately, there’s no evidence that they are effective for treating human growth hormone deficiency or its symptoms. Also, if the pituitary gland is compromised it is highly improbable that any of these products will work.

The Importance of Professional Advice

The most effective and reliable types of HGH require a doctor’s prescription and guidance. Guidance on the use of HGH is extremely important. Your age, gender, current HGH levels, and your treatment goals will determine which dosage of synthetic HGH you require.

Another reason to seek professional guidance. Synthetic HGH (Somatropin) has side-effects, like most man-made hormones. Up to 30% of synthetic HGH users experience some kind of side-effect, mostly mild, but if you choose the right physician you could be part of the majority who experience no side-effects.

TRT Medical Center is an excellent place to learn more about the different brands of synthetic HGH, their side-effects and how to prevent them. Their doctors can determine whether you are HGH deficient and help you choose the formula and dosage that would be best for your needs.

If you have any questions or comments regarding this article post them below or tweet me on Twitter. If you want to learn more about synthetic HGH contact TRT Medical Center. The professionals there will be happy to guide you.

This article was sponsored by TRT Medical Center.

1 thought on “The Health and Wellness Benefits of HGH”