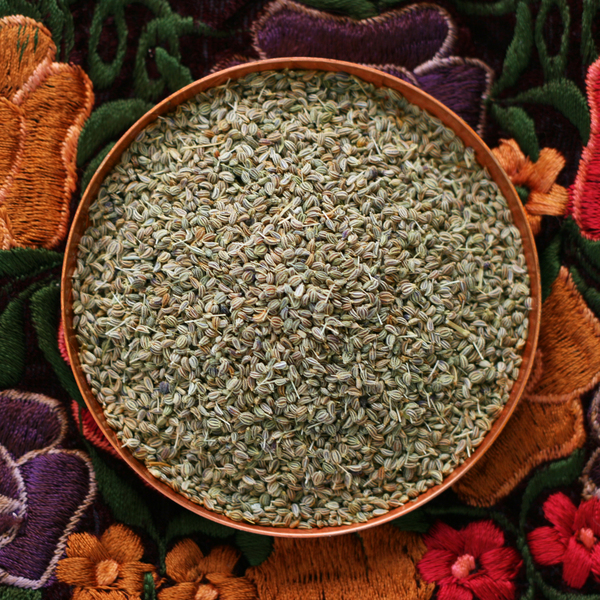 Ajowan (Trachyspermum Ammi), also known as ajowan caraway, ajwain, carom seeds, and bishop’s weed, has been used as both food and medicine for thousands of years. In fact, it’s been used in modern medicines created by pharmaceutical companies. Ajowan, a member of the Apiaceae family (along with coriander), has an astounding number of health benefits, including treating chronic and recurrent cough and cold, asthma, cholera, parasitic infestations, kidney stones and more.

You are probably familiar with many of the terms used in the above quote, while others you are not. In any case, I will define them all.

According to WebMD, Ajowan can cause the skin to become extra sensitive to sunlight (just like its fellow Apiaceae family member coriander). In addition,

Keep in mind that “might” means maybe, and in the case of ajowan, they have no definitive proof that the claim they are making is true. Also, ajowan is used in a variety of recipes around the world. It’s unlikely that an herb capable of causing damage to one of our most important organs would be a culinary staple. However, it is always best to err on the side of caution. If you suffer from liver disease you may wish to avoid ajowan altogether, or use only under the supervision of an herbalist or ayurvedic practitioner.

And, obviously, pregnant women who wish to remain so, should avoid ajowan for the duration of their pregnancy, because of the aforementioned khellin content.

Note: Not all NSAIDs pose a risk to liver health. Ibuprofen and naproxen are considered “liver safe”.

To reiterate, there is no conclusive evidence that ajowan harms the liver. Also, the herb has been used as both food and medicine for millennia, and it is doubtful that ajowan would still be used in cuisines around the world if it caused liver failure. That being said, it is always better to err on the side of caution, especially in regards to liver health. Seek the counsel of an herbalist, Ayurvedic specialist or naturopathic practitioner regarding how to use ajowan to treat an illness. There are multiple methods of ajowan preparation, each depending on the ailment being treated. A professional can better advise you on those methods.