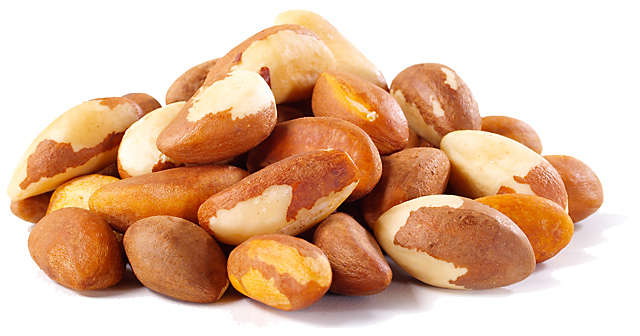 Selenium is a trace mineral essential to your body’s ability to function normally. Despite its importance, relatively little selenium is needed; yet, failure to consume that minuscule quantity can lead to serious, even life-threatening, health problems. And the same holds true for consuming too much. To fully appreciate the importance of this mineral, we must first examine the consequences and symptoms of not getting enough selenium in our diets.

These signs are quite subtle, in that all of these things can be explained away or attributed to something else. And, sometimes, there are no obvious symptoms. Nothing that you can definitively point to and say, “This must be why!”

Keshan Disease – A form of congestive cardiomyopathy caused by both Selenium deficiency and the presence of a mutated strain of Coxsackievirus. This disease is mostly seen in children and women of childbearing age. Keshan causes enlarged heart and loss of heart tissues and arrhythmia and is often fatal.

Immunity Issues – According to the American Society for Nutritional Sciences, “Selenium is essential for the efficient and effective operation of many aspects of the immune system in both animals and humans.”1 Consequently, a deficiency is a hindrance to effective immune function.

Growth Retardation – Selenium deficiency affects bone metabolism and growth, for example, KBD (mentioned above). It’s been proven scientifically, using lab rats, that selenium deficiency can result in a loss of more than 20% of the bone mineral density (BMD) that one should have when it reaches adulthood.

Myxedematous Endemic Cretinism – Some scientists now attribute this dreadful condition to thyroid atrophy (See Hypothyroidism above). Common signs of myxedematous endemic cretinism include a slowing of mental and physical activity, generalized fatigue, apathy, mental sluggishness, cold intolerance, constipation, decreased sweating and increased weight gain. It may also cause a broadening and coarsening of your facial features, enlargement of your tongue and deepening of your voice. The severity of mental impairment in cretinism is directly influenced by the time at which the deficiency occurs. That is why childhood and prenatal nutrition are so very crucial for proper human development.

How Much Selenium Do We Need?

The maximum RDA for adults is 200 mcg, and this is from ALL sources – food and supplements. I couldn’t find a maximum for children, but to be safe, I recommend sticking with the RDA for each age group and not going more than 5 mcg above that number. Selenium is one of those nutrients that one must be very careful not to over ingest.

Brazil nuts – The most selenium dense food on Earth. The National Institutes of Health has said, “It is wise to eat Brazil nuts only occasionally because of their very high selenium content.”2 One serving – 1 ounce (6-8 nuts) contains 544 mcg, on average

There are many more selenium-rich foods, but I won’t mention them all here, because I don’t want this article to turn into a book. Also, you need to be aware that the Selenium content of food can vary (sometimes widely), depending on the soil conditions where it was grown and, in the case of meats and fish, where it was raised and what it ate.

For those who believe that supplementing is necessary for them, due to their diet, lifestyle and/or their environment, I refer you to the advice of Dr. Andrew Weil, who recommends using an organic form of selenium, like yeast bound selenium or selenomethionine. Inorganic forms of selenium, such as selenium selenite, do not play well with some vital nutrients – Vitamin C, is one example.

Personally, I do not believe that Selenium supplementation is necessary for most people; not even strict vegetarians. It’s just so easy to not only get the RDA of Selenium in your diet but exceed it, that I can’t help but think that supplementing puts one in unnecessary danger of overdosing.

The last two symptoms scare me the most because they are likely to result in death. But if you are experiencing any of these symptoms, you should get tested for selenium poisoning as soon as possible.

Also, and this isn’t a symptom… but, the University of Maryland Medical Center has stated, “When researchers examined whether selenium had any effect on skin cancer, they found something unexpected: People who took as little as 200 mcg of selenium per day for more than 7 years had a significantly higher risk of developing type 2 diabetes. More studies are needed to understand exactly what might be happening. In the meantime, you should not take more than the daily recommended allowance of selenium without your doctor’s supervision.”3 Good advice.

Despite the alarming consequences of getting either too much or too little Selenium, once you are aware of which foods contain this vital nutrient (and how much) it’s easy to plan your meals to ensure that you and your children get enough without getting too much.

I should also mention that your ability to absorb Selenium is dependent on your intake of Vitamin E and that gastrointestinal illnesses such as Crohn’s disease and Ulcerative Colitis inhibit Selenium absorption.

In addition, if you smoke cigarettes, regularly drink alcohol or take birth control pills you may need to consume more Selenium than you normally would. How much more will depend on the individual. If you are a smoker, alcohol drinker, and/or take the pill, it would be wise to have your Selenium levels tested every time you see your physician. It’s better to be safe than sorry.

3 thoughts on “Selenium: Why Too Little or Too Much Can be Deadly”