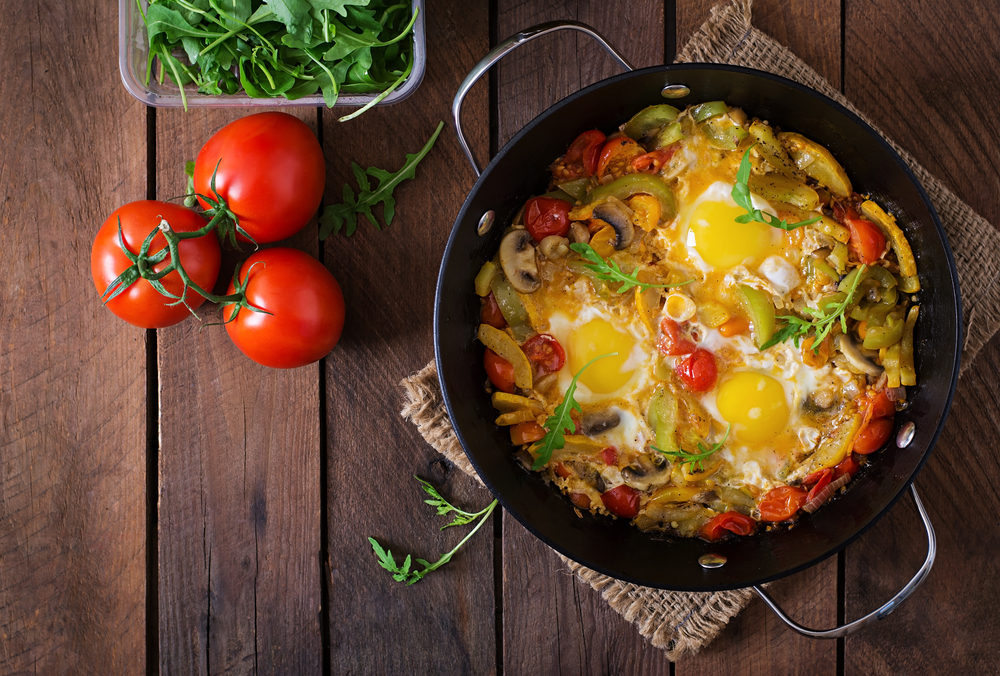 As preposterous as it may sound, the mere act of heating food increases its energy potential (aka calorie count). This means that if you eat a plate of raw broccoli you will consume fewer calories than if you ate that same broccoli steamed. And I don’t mean with the addition of oils, herbs, and spices. All things being equal, and regardless of cooking method, if you take any food and heat it up, the number of calories that food contains increases as a result.

I know this probably sounds like an old wives tale or an urban legend, but it’s been scientifically proven. According to Richard Wrangham, an evolutionary biologist at Harvard University,

“Whether we are talking about plants or meat, eating cooked food provides more calories than eating the same food raw. And that means that the calorie counts we’ve grown so used to consulting are routinely wrong.”1

And the difference in calories, between cooked and raw foods, isn’t just pre-digestion. There is also a significant difference in how much energy is expended during the digestion process.

The Importance of TEF Calories

It was previously believed that only 10% of all calories were burned off during digestion, which may be true for cooked and processed foods, but for raw foods that number is higher. Raw and cooked foods are processed differently as they move through our digestive system and beyond, and it’s been proven that raw foods require between 15 and 35 percent more energy to digest. These Thermic Effect of Food (TEF) calories are an important consideration when calculating caloric intake. But, for those wishing to lose pounds, it may be better to concentrate on pre-digestion calories and consider TEF a caloric buffer, in case of overindulgence.

The 2% of Americans who struggle to put on and maintain weight, should pay special attention to TEF as it may be interfering with their weight gain and maintenance goals. This is especially true for foods that are more resistant to digestion, such as bananas, potatoes, black beans, oats, barley, brown rice, and other high fiber foods. And since every person’s digestion system is unique, and some have digestive issues that others do not, it may be wise to assume the lowest TEF (15% for raw, 5% for cooked) if you suffer from digestive issues.

If you are one of the many who have religiously counted calories, yet struggle for each and every pound lost, it is highly probable that you are consuming more calories than you realize. There could be other factors at work, but more often than not the problem is consuming more calories than one realizes. That’s even more likely to be the case if you eat a diet high in processed and cooked foods. In which case, you could easily solve your problem by simply exchanging some of those processed and cooked foods for raw ones.

You wouldn’t have to go 100% raw to benefit. Even eating a diet that is 25% raw food calories and 75% cooked and processed food calories could make a significant difference in what you see on the bathroom scale each week. Although you could eat a lot more food, get more nutrition, and would never feel hungry if you consumed a 50% raw food diet.

I’ll give you an example:

Let’s say you want to have a 600 calorie lunch. For your cooked dish you choose a 3 oz. grilled salmon steak, which, cooked with oil, herbs, and spices will be approximately 300 calories, and you spend your remaining 300 calories on raw foods. 300 calories buy a LOT of raw food. For 300 calories, you could have 3-1/2 cups of blueberries or 3 medium-sized apples, if you don’t deduct for TEF.

Now, I do realize that very few people could actually eat 3 medium-sized (3” diameter) apples in one sitting, even without the grilled salmon steak. These are just examples. But you could have a giant fruit and/or veggie salad with your grilled salmon steak, and you would be quite full and satisfied at the end of the meal. The point is, you can more easily fill your belly with raw foods for the same amount of calories you’d get from a relatively small amount of cooked foods, AND your body will expend more calories digesting the raw.

The digestion resistant starches contained in many whole foods, be they raw or cooked, do more than make you feel fuller longer. Such foods help to improve and maintain good health, by feeding the types of gut microbiota that rely on prebiotics – indigestible carbohydrates. These good microbiota help to keep the bad microbiota in balance, which helps protect and maintain our immune system and keeps us healthy.

“The normal human gut has hundreds of bacterial species, some good and some not so good. The overall number and relative quantity of each type has a profound effect on our health and well being. Resistant starch selectively stimulates the good bacteria in our intestines, helping to maintain a healthy balance of bacteria.

“These good bacteria “feed” on [resistant starches] and produce short chain fatty acids (through fermentation), the most significant of which are acetate, butyrate, and propionate. Of these three short chain fatty acids (SCFA), butyrate is of particular importance due to its beneficial effects on the colon and overall health, and [resistant starches] appears to increase butyrate production more when compared with other soluble fibers.”2

Recent studies have suggested that microbiota imbalance is (at least partially) responsible for obesity and metabolic disorders. So, eating foods containing digestion resistant starches, and feeding the microbiota that can restore the balance, would seem essential for those who are struggling with their weight.

“Obesity is associated with phylum and group-specific changes in the microbiota, and with reduced bacterial diversity. Increases in the relative abundance of Firmicutes and reductions in Bacteroidetes have been associated with obesity by comparisons between the distal gut microbiota of genetically obese ob/ob mice (leptin deficient) and their lean (ob/ + or + / + ) littermates using DNA sequencing techniques.”3

Knowing all of this makes it easier to select the best foods for optimal weight loss, without feeling deprived. Exchange your white rice for brown – which, as I mentioned earlier, is a digestion resistant food. You can replace low fiber high protein foods with black and navy beans, which are rich in both. You could have oatmeal – steel cut and otherwise – for breakfast instead of Cream of Wheat or processed cold cereal. And, of course, eating fruits and vegetables raw, instead of cooked, will have a significant impact on calorie intake and expenditure.

These are small changes that anyone can make, regardless of where they live or what grocery store chains are available in their area. Search the phrase ‘soluble fiber foods’ and you’re sure to find a long list of fruits, vegetables, and grains within your reach.

If you are truly serious about losing weight, you will stay away from processed foods altogether, including the so-called ‘100 calorie snack packs’. As you’ve learned, all calories are not equal. And empty calories are worthless! But they do make fast fat for storage on your abs and thighs.

In addition, those “snack packs” likely contain more than 100 calories, simply because processed food calories are poorly calculated, to begin with. Add to this the difference in potential energy between the products’ ingredients before and after they were processed, combined and cooked, and the fact that the FDA then allows food manufacturers to equivocate on already inaccurate numbers. It’s false advertising. And it certainly explains why dieters who depend on processed, packaged foods seem to have a much harder time dropping the pounds than those who prepare their own meals. In other words, never trust the calorie count on packaged foods. Even the processed food industry admits that those numbers are ALWAYS inaccurate.

To learn more weight loss tips and tricks read How to Burn More Calories or watch The 3 Musts for Successful Weight Loss.

This article has been updated by the author. The original was published on Skinny Limits blog, in May 2013.

2 thoughts on “The Raw and the Cooked: Why All Calories Are Not Equal”