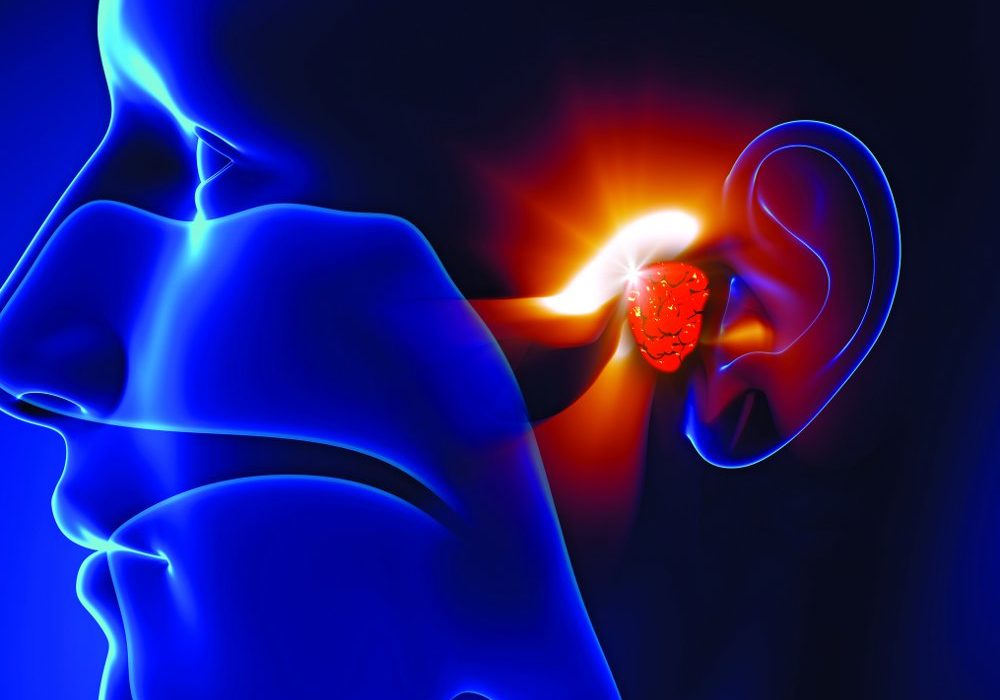 Multiple research studies have proven that it isn’t just loud noises and an iron deficiency that can damage our hearing. Apparently, if you’re using pharmaceutical pain relievers regularly, particularly NSAID pain relievers, you are increasing your risk of hearing loss. Why? It depends on the study you reference.

One study linked the issue to NSAID-induced aseptic meningitis, other studies have suggested that all analgesic drugs (not just NSAIDs) are ototoxic – capable of poisoning the ear, but could not explain why. Some studies claimed that the hearing loss would only affect men, while others claimed that women were more likely to be affected.

We’ll review a few of these studies’ findings and then I’ll share my own non-medical opinion on the subject.

What the Studies Have Shown

The oldest study I could find was published in Ear, Nose and Throat Journal, in 1998. It’s the study that first suggested meningitis triggered by NSAID use.

“Aseptic meningitis is a rare complication of nonsteroidal anti-inflammatory drug (NSAID) use. Otologic symptoms may include sensorineural hearing loss and tinnitus.”1

I feel it’s important to add that aseptic meningitis can also be caused by connective tissue disorders and viruses – including herpes simplex, rabies, chickenpox, measles and mumps, as well as drugs other than NSAID pain relievers. For instance, the antimicrobial drugs Amoxicillin and Isoniazid, as well as the organ transplant and rheumatoid arthritis immunosuppressant drug Azathioprine, have also been linked to aseptic meningitis. And those are not the only ones.

A 2010 study published in The American Journal of Medicine concluded that “Regular use of aspirin, NSAIDs, or acetaminophen increases the risk of hearing loss in men, and the impact is larger on young individuals.”2

Interestingly, Acetaminophen, which is a non-aspirin pain reliever and not an NSAID, was shown to be more likely to damage hearing than NSAID drugs. The study did not determine why these medications led to hearing loss in some individuals, only that they increased one’s risk.

“For NSAIDs and acetaminophen, the risk increased with longer duration of regular use. The magnitude of the association was substantially higher in younger men. For men younger than age 50 years, the hazard ratio for hearing loss was 1.33 for regular aspirin use, 1.61 for NSAIDs, and 1.99 for acetaminophen.”2

Meanwhile, researchers at the Harvard-affiliated Brigham and Women’s Hospital published a study in the American Journal of Epidemiology that demonstrates an increased risk of hearing loss in women who use pharmaceutical pain relievers, acetaminophen and NSAIDs, two or more times per week. Although the reason why was not determined in this study either.

“Longer duration of ibuprofen or acetaminophen use was associated with higher risk of hearing loss. The team did not find a significant association between hearing loss and duration of usual-dose aspirin use. (Hearing loss is an established side effect of high dosages of aspirin, but such doses have become uncommon over the last two decades.)

“Although the magnitude of higher risk of hearing loss with analgesic use was modest, given how commonly these medications are used, even a small increase in risk could have important health implications. Assuming causality, this would mean that approximately 16.2 percent of hearing loss occurring in these women could be due to ibuprofen or acetaminophen use,” said Curhan.

“The study’s authors note that the National Institutes of Health data are limited to mostly older, white women and that further investigation in larger groups and among other populations will be important to understand the connection between hearing loss and pain reliever use. The team has previously published findings that indicate that higher frequency use of NSAIDs and acetaminophen are associated with higher risk of hearing loss in men and younger women.”3

I believe all of the studies I quoted are accurate, based on the data used by the researchers. Each study examined specific data about specific groups of people: men, women, and people who lost their hearing as a result of NSAID-induced aseptic meningitis. Each study concluded that there was indeed a correlation between the use of those drugs and subsequent hearing loss in the groups being studied. And since there is no profit in linking popular and profitable pharmaceutical medications to hearing loss, or anything else, there’s no reason to believe that all of these scientists had something to gain by publishing these findings.
Yes, aseptic meningitis can cause hearing loss, and NSAID drugs can trigger the disease. Yes, men who use analgesic drugs, which includes NSAIDs, are at an increased risk of hearing loss, especially if they are under 50 years of age. And, yes, women increase their risk of hearing loss if they use NSAIDs and acetaminophen for long periods of time. All of this can be, and probably is, true.

For starters, do not use NSAIDs, or any other pharmaceutical pain reliever, unless absolutely necessary. Thankfully, there are numerous natural pain relievers available today. Some of these pain relievers can be swallowed, while others are applied topically, inhaled, or both. Some natural pain relief treatments are administered by a practitioner – such as acupuncture, acupressure, reiki, and massage.

I think I should explore this topic more thoroughly, in a future article. I already have a few posts on the topic of natural pain relief (I’ve linked a couple above), but a single in-depth article might be easier to consume.
If you have any questions or suggestions about the upcoming ‘natural pain relief’ post, or this one, comment below or tweet me on Twitter.