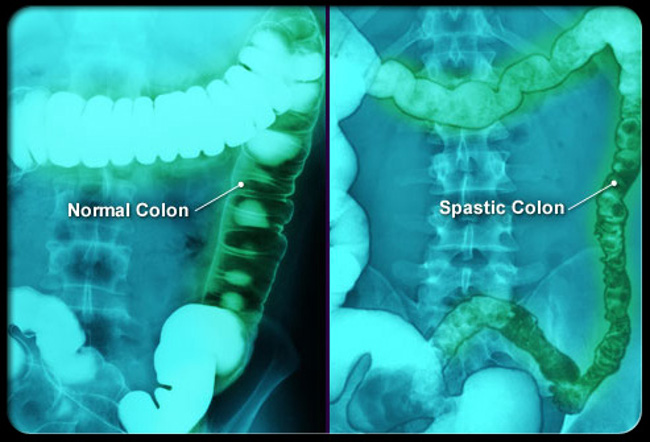 This article contains affiliate links which are marked with an asterisk (*).

There could be a number of causes for the symptoms that now fall under the umbrella of ‘irritable bowel syndrome’ (IBS), but there’s one cause I’m certain of and science has validated my certainty: Antibiotics.

The Symptoms of IBS

Many years ago, before IBS was a thing, before the symptoms that distinguished it was labeled a disease, I suffered many of the symptoms associated with the disorder – stomach upset, bloating, alternating between constipation and diarrhea – a short while after completing a course of antibiotics. Each symptom started off fairly mild but intensified with time.

Before continuing with my own experience, I should mention that while recent clinical research studies have proven that many people who use antibiotics are at an increased risk for developing IBS not everyone who uses antibiotics will share my unpleasant experience; however, for those who are suffering with bowel issues following a course of antibiotics, what worked for me might work for you as well.

As I was saying… With time, my pain and discomfort increased, despite trying every over-the-counter remedy for my symptoms on the market, at that time. I received very little relief using these products, and some items (I won’t name names) actually made some symptoms worse. Eventually, I shared my problem with an older friend, who had been using herbs and other natural remedies since the early ’80s.

My Solution for IBS

She suggested a book that she’d recently read called Achieve Maximum Health: Colon Flora the Missing Link in Immunity, Health & Longevity by David Webster. She lent me her copy, and it was a revelation! Before I even finished the book, I went to the health food store a few blocks from where I lived and purchased my first bottle of probiotics*. I felt a difference within a week, and before an entire month had passed I began to feel like myself again.

This was a long time ago, so my memory of when I completely recovered isn’t exactly accurate, but I believe it was about 6-7 weeks from my first dose of probiotics. Ever since that experience, if I need to take a course of antibiotics (and for me, it’s always a last resort), I always follow it up with probiotics, for at least one month, to restore my good intestinal microflora.

I’m pleased that clinical researchers have tested the hypothesis that antibiotic use is a risk factor for developing IBS symptoms. The study, ‘Antibiotics Increase Functional Abdominal Symptoms’, published in the American Journal of Gastroenterology (2002), concluded that

“Functional bowel symptoms come and go, but subjects who are given a course of antibiotics are more than three times as likely to report more bowel symptoms 4 months later than controls.”1

Some researchers are even investigating the link between IBD (irritable bowel disease) and antibiotic use in children. One such study, ‘Antibiotic use and inflammatory bowel diseases in childhood’, published in the journal Gut (2011), did not definitively answer the question, but at least they’re exploring the question. This study concluded that

“Antibiotic use is common in childhood and its potential as an environmental risk factor for IBD warrants scrutiny. This is the first prospective study to show a strong association between antibiotic use and [Crohn’s disease] in childhood. However, as with any observational study, causality cannot be inferred from our results and confounding by indication—in particular, prescribing of antibiotics to children with intestinal symptoms of as yet undiagnosed CD—should also be considered as a possible explanation.”2

Other researchers seem willing to admit that the overgrowth of bacteria may be to blame for some cases of IBS, yet, they insist on a treatment that is destined to create a cycle that consists of more of the same. Just one example: ‘Irritable bowel syndrome clearly linked to gut bacteria,’ published in Science Daily (May 25, 2012),

“An overgrowth of bacteria in the gut has been definitively linked to Irritable Bowel Syndrome in the results of a new Cedars-Sinai study which used cultures from the small intestine. This is the first study to use this ‘gold standard’ method of connecting bacteria to the cause of the disease that affects an estimated 30 million people in the United States. … “The study, in the current issue of Digestive Diseases and Sciences, examined samples of patients’ small bowel cultures to confirm the presence of small intestinal bacterial overgrowth – or SIBO – in more than 320 subjects. In patients with IBS, more than a third also were diagnosed with small intestine bacterial overgrowth, compared to fewer than 10 percent of those without the disorder. Of those with diarrhea-predominant IBS, 60 percent also had bacterial overgrowth. … IBS is the most common gastrointestinal disorder in the U.S., affecting an estimated 30 million people. Patients with this condition suffer symptoms that can include painful bloating, constipation, diarrhea or an alternating pattern of both. Many patients try to avoid social interactions because they are embarrassed by their symptoms. Pimentel has led clinical trials that have shown rifaximin, a targeted antibiotic absorbed only in the gut, is an effective treatment for patients with IBS.”3

I don’t doubt that antibiotics can kill the bacteria in the intestines, but then what? In my case, antibiotics killed both the strep bacteria, that the antibiotics were intended to kill, as well as my good intestinal microflora, leaving a vacuum in which harmful bacteria could flourish unabated.

Remembering my own unpleasant experience and what eventually cured it, I can’t help but wonder why none of these researchers are studying probiotics as a viable treatment, or even a follow-up treatment, for IBS? It would make perfect sense to kill off the overgrowth of intestinal bacteria with an antibiotic IF it was followed by treatment with probiotics to restore the good microflora and the intestinal balance they bring.

Probiotics and How They Work

Probiotics are good microorganisms/bacteria that can be taken to benefit health, particularly intestinal health. The word ‘probiotic’ literally means ‘for life’ in Greek, and describes substances secreted by one microorganism which stimulate the growth of another. The word ‘antibiotic’ means the exact opposite, as they are designed to kill microbiota. So, following up a course of antibiotics with probiotics would seem an ideal and health-promoting policy; yet, there is a clear bias in the medical/scientific community regarding anything that cannot be patented and sold at a premium by pharmaceutical companies, even when clinical research studies have proven that the natural substance is both useful and does no harm. Even the venerable Mayo Clinic has suggested that one could use probiotics to “Treat diarrhea, especially following treatment with certain antibiotics”4 as well as for IBS.

What probiotics do is pretty simple, yet profound. They reverse bacterial overgrowth in the intestines by crowding out the bad intestinal microflora with ever-increasing amounts of good intestinal microflora, which is self-regulating. Probiotics* also help maintain the right levels of acidity in the gut and rebuild the body’s immune system defense against bad bacteria, which improves overall health and well-being.

I don’t blame medical doctors for erring on the side of caution when it comes to natural remedies; MDs are sued for malpractice all the time and, so, they can only recommend treatments that have been scientifically proven to work. Medical researchers, on the other hand, have the power to prove or disapprove whether natural remedies are effective for common complaints. If clinical researchers were willing to study the effectiveness of probiotics for treating IBS, I’ve no doubt that it would help many people suffering with the ailment, because their doctors would be legally free to point them in the right direction.

Oddly enough, 3 years ago, when I created this video on IBS, my own experience with some of the symptoms that now define the ailment didn’t even cross my mind. To top it off, over the years, I have read and published multiple articles, written by other writers, on the subject of IBS and it still didn’t cross my mind.

In fact, it took a recent comment on our YouTube channel, under the aforementioned video, to make me realize that I’d experienced IBS. The commenter mentioned that they’d been treated for H. pylori (a bacteria strain known for causing ulcers), a year earlier, and that they’d only manifested IBS symptoms following treatment. Since the only drug treatment, a doctor would prescribe for H. Pylori is a course of antibiotics, I knew that she had what I had had. I’m sure this all makes me sound completely obtuse, but, in my defense, there was no “irritable bowel syndrome” way back when. It was called spastic colon. And Yes, I am that old.

I first heard about IBS only seven years ago, when a family member was diagnosed with it. I would still be ignorant of my experience with this illness were it not for a stranger on YouTube asking me the right questions and providing enough personal information to allow me to connect the dots; so, I’m grateful to the commenter known as Jojo, for both their question and providing insightful information on the cause of their IBS, which helped me to recognize my own almost immediately. If you’re reading this, Jojo, Thank you!

I’d like to close by reiterating that antibiotics are not the cause of all IBS cases, and not everyone who takes a course of antibiotics will develop IBS. Until further research is conducted on the subject, one can only speculate as to what other factors may be opening the door for irritable bowel syndrome to develop. If you have any questions or comments on this topic, please, post them below or tweet me on Twitter.

If you would like to support Holistic Health & Living in its mission to expand public knowledge of holistic health and natural healing, share this post on your social media to shine a light on this important topic.

And if you’re in the market for a high-quality probiotic supplement, consider purchasing Probiotic 40-Billion* using our link. You can read more about this outstanding product on our Resources page or go straight to the source*. Thank you, in advance for your support!

4 Zeratsky, Katherine, RD, LD. “Do I need to include probiotics and prebiotics in my diet?” Mayo Clinic, n.d. Web.

2 thoughts on “Antibiotics and IBS”