A lot of people catch the flu during the cold season. In fact, adults suffer two to three colds every year between March and October.

While flu shots and regular exercise make effective remedies for fending off colds, you can strengthen your immune system by eating healthy meals, prepared only with organic vegetables.

This way, your body manages to build healthy cells, easing the symptoms of a cold and reducing its duration. The discussion below highlights the importance of including six immunity-boosting vegetables in your diet.

For years, garlic has been used as a spice and medicine because it contains compounds that aid in fighting germs. One of these compounds is called allicin and it’s the one that gives garlic its pungent smell. However, since it is unstable, allicin converts into sulfur-containing elements that carry the medicinal properties.

Being the main active component, allicin also contains the antibacterial and antimicrobial properties found in garlic. As such, eating garlic during winter helps ease cold or flu symptoms and determine the length you will remain sick. A study involving 146 healthy individuals1 showed that the group that took garlic supplements had a lower risk of getting colds by 63% and the duration of the illness was shorter by 70%.

Ana Gasteyer, who starred in Broadway shows, confesses to relying on garlic pills when she catches a cold. She also uses vitamin C, exercises, and sleep for more hours. According to her, exercise produces endorphins that make the body feel better when you have a cold.

Even though beets have a rich earthy flavor2 and a lot of people avoid eating them because they taste like dirt, these vegetables contain a phytonutrient known as betanin. Note that betanin has anti-oxidizing properties that are evident from the deep ruby red skin of beets.

This substance improves the blood flow by opening up the blood vessels wider and letting in more oxygen. This increased flow of blood and iron content helps reduce fatigue and lack of energy when you’re feeling sick.

Beets are also rich in vitamin C, which strengthens your immune system, helping your body fight the germs. When you prepare beet juice, you may add cucumbers to aid in hydration and removal of toxins that build up. Cucumbers have a high water content of up to 95%, which is why they are often used in preparing detox drinks.

The exotic varieties of mushrooms- shiitake, crimini, reishi, maitake, cordyceps, and enoki make great veggies for boosting your immune system. Reishi mushroom, for example, is also called the spirit fungus. It is native to the Chinese for its ability to strengthen the immune system and nourish the heart. It is also rich in beta-glucan, a polysaccharide that prevents infection.

Cordyceps, on the other hand, is known to address the fatigue that comes with colds, by providing energy. In fact, three female athletes broke a record in 1993 after using cordyceps mushroom to provide energy during their national games in Beijing. Mushrooms are rich in vitamins3, such as polyphenols, zinc, vitamin D, and sterols that keep your system active and healthy. You can make a delicious mushroom dish by:

Dark leafy greens like kale, spinach, arugula, and swiss chard make an excellent vegetable for fighting a cold. They are rich in vitamin C, and consistent intake of dark leafy greens reduces the duration of a cold.

You may sauté the greens and use a few healthy spices like garlic to add flavor. Cooked greens usually shrink in size, making them more edible than if you ate them raw.

It contains twice the amount of vitamin C found in oranges, making it an excellent immunity-boosting vegetable. According to a study conducted on behalf of the Spanish marketing association, 100g of broccoli contain 90mg of vitamin C4 which is nearly 45% more than what is contained in orange juice.

Broccoli is also rich in polyphenols (an antioxidant) and also sulforaphane, which activates protective enzymes located in the respiratory system. This function makes broccoli an effective treatment for asthma.

The World Health Organization recognizes onion for its ability to relieve flu symptoms like congestion, coughs, bronchitis, and respiratory infections. Onions are rich in sulfuric compounds like sulfoxides, thiosulfinates, and odorous cysteine sulfoxides, which give them the pungent smell and flavor. These sulfuric compounds boost the immune system while aiding in the prevention of heart disease and cancer.

Additionally, onions have high amounts of the antioxidant quercetin, which fights the free radicals in the cells while boosting immune response. They also clear the mucus and other substances when you have the flu. A bowl of hot onion soup comes in handy to relieve flu symptoms. Be sure to combine garlic with Himalayan salt to add flavor.

These pantry vegetables make excellent defenses against the flu and cold. They help boost your immune system while providing other essential nutrients that are required by the body. Your overall diet should be varied to help the body fight off infections. 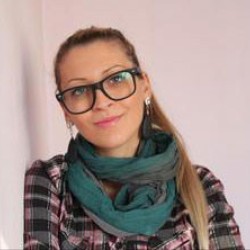 Amanda Wilks
Amanda Wilks is a professional writer, cooking enthusiast and sports advocate. She believes that a balanced lifestyle is based on two core principles: a daily exercise routine and a healthy diet. Through her writings, Amanda hopes to inspire others to lead a healthy life.