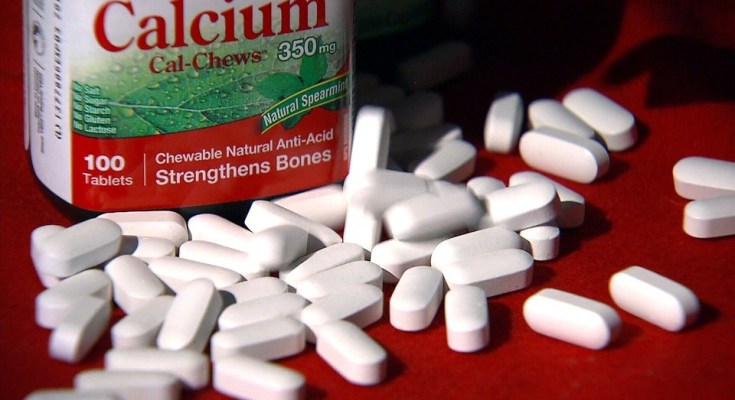 Based on the evidence, if you are a woman with any kind of cerebrovascular disease, taking a calcium supplement could greatly increase your risk of developing dementia.

In case you’re wondering, Cerebrovascular Disease refers to a group of conditions that can cause a cerebrovascular event – stroke, aneurysm, transient ischemic attack, and any other illness caused by a disruption of blood supply to the brain. So, we’re dealing with a brain and arteries that have suffered some form of damage.

The sample for this longitudinal population-based study was derived from the Prospective Population Study of Women and H70 Birth Cohort Study in Gothenburg, Sweden, and included 700 dementia-free women aged 70–92 years. At baseline in 2000–2001, and at follow-up in 2005–2006, all of the women underwent comprehensive neuropsychiatric and somatic examinations. In addition, 447 participants received a CT scan at baseline. Information on the use and dosage of calcium supplements was collected by researchers and dementia was diagnosed according to DSM-III-R criteria.

Why Would Supplemental Calcium Affect Women with Cerebrovascular Disease Negatively?

“Women’s arteries have tiny openings – on average, 1.5 mm. Men’s arteries have openings of 2.5 mm. This difference makes some types of surgery much riskier for women. … In some women, arterial plaque builds up as an evenly spread layer along artery walls, which isn’t treatable using procedures such as angioplasty and stenting designed to flatten the bulky, irregular plaque in some men’s arteries. For some women, drug treatment — rather than angioplasty or stenting — may be a better option.”2

Could Men Be Affected?

Medical professionals do not recommend calcium supplements to men, regardless of age. There’s no clear reason for it. Men have naturally denser bones and lose less bone mass than women as they age.

But, let’s say for whatever reason men with cerebrovascular disease began taking calcium supplements; it is possible that they would raise their risk for dementia as well. Anything is possible but, due to the distinct differences in male and female physiology – particularly artery diameters, I seriously doubt the risk for men would be as high as it is for women.

In any case, it may be better for women with cerebrovascular disease (and even those with a family history) to get their calcium from the same source as men: Food. Since everyone is already aware of the best animal sources of calcium (thanks to the Dairy Lobby) we have created a list of the best vegan sources.

If your doctor has recommended that you take calcium do not stop without discussing it with them first. There may be other factors to consider.

Despite a sample size of 700 dementia-free women, all of whom underwent comprehensive testing, the researchers still believe that their findings need further confirmation that calcium supplements were a causal factor.

1 thought on “Could Calcium Supplements Increase Your Risk of Developing Dementia?”