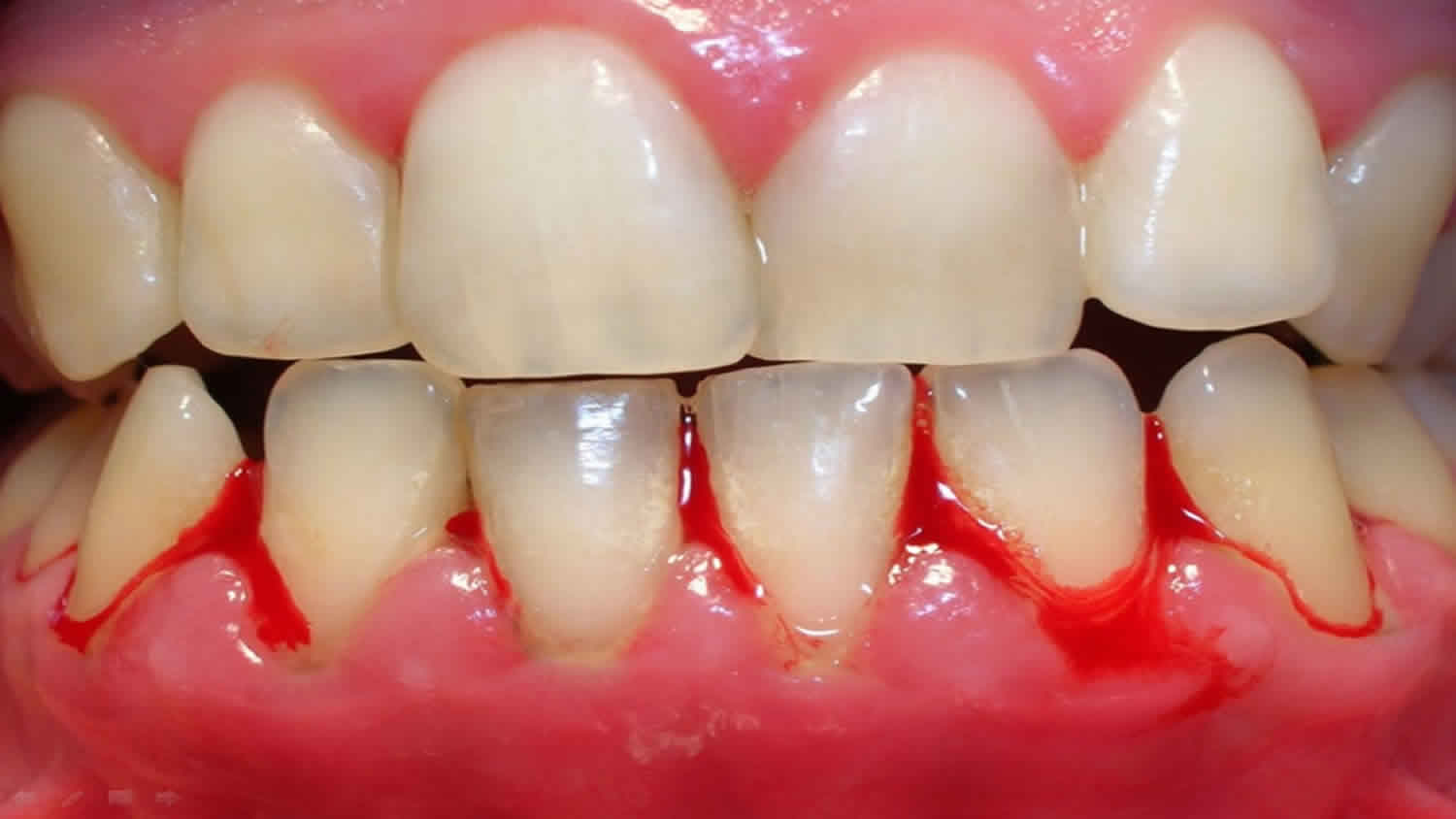 Do you often see a couple of drops of blood after brushing or flossing? And do you just think to yourself that it’s just a few drops of blood and it’s not a big deal? Well, think again!

Bleeding gums is commonly known as the ‘pink tooth syndrome’. So you’re brushing your teeth and you see some blood on it. Or when you smile, you have that red gum issue and that’s a vitamin c deficiency. But that’s not it and it’s still advisable that you visit a medical professional. In a lot of cases, bleeding gums may indicate a gum disease treatment. And that’s a sign of a potentially serious issue. Here, we take you through the causes of bleeding gums.

Here, we’ll look at the 7 main causes of bleeding gums:

You may be taking too much of the wrong vitamin c, creating a vitamin c deficiency, or you’re not consuming enough vegetables. We get our vitamins from the vegetable family. Yes, you can get it from kiwis and oranges, but most of the vegetables have vitamin c. If you go to a store and buy typical vitamin c, it’ll say ascorbic acid. And these supplements contain one small part of the actual vitamin complex. And the problem is that manufacturers make them synthetically out of corn starch and sulphuric acid.

Don’t take care of your teeth and guess what? You’re going to have some issues in your mouth. Not brushing or cleaning your gums well leads to a buildup of plaque. Plaque is a sticky film that can build up on your teeth. It contains millions of bacteria. And not the good kind either. This buildup can lead to inflammation, redness, and if you don’t do anything about it, eventually gums start bleeding.

Gingivitis is kind of like the little manner brother of periodontal disease. While it doesn’t pack the serious punch of its big sib, it’s a warning sign that if you don’t take action, things could get a lot worse in there. Bleeding gums are one of the earliest signs of gingivitis. Good oral hygiene habits can help keep bleeding gums and gingivitis away. And make sure you visit your dentist for a gingivitis treatment to keep your gums and teeth healthy.

Periodontitis is the more serious stage of gum disease. This is when the bacteria in the form of dental plaque refuse to leave your teeth’s surface. And it causes you to lose the bone from around your teeth, and bone loss due to gum disease is irreversible. It is partly down to your genetic susceptibility. The bacteria buildup can make brushing difficult and you may see your gums bleed. But how can patients seek relief? A proven method of treatment is laser technology to treat periodontal disease. It helps to eliminate the bacterial plaque to ensure healthy gums and teeth.

This one will affect half of you reading this. The hormones in a woman’s body change quite a bit during pregnancy. A large 50% of pregnant women experience, redness, inflammation, tenderness and even bleeding of their gums during brushing and flossing. This phenomenon is referred to as “pregnancy gingivitis”.

Since your gums are already sensitive, they may occasionally bleed when you brush or floss them. Try brushing a little softly the next time around. Switch up your toothbrush to a one with softer bristles to ensure you’re not hurting your gums.

Medications can have side effects. And prescription medications – particularly those that cause blood thinning, can lead to bleeding gums. If you suspect your bleeding gums is caused by a medication you are taking, meet a gum specialist to see what can be done.

However, it’s just a reminder that bleeding gums may be a sign of something quite serious. So don’t be shy about visiting your dentist if you have bleeding gums to make sure you’re okay. Make sure you discuss your treatment options with your dentist early so that your teeth can be treated early.