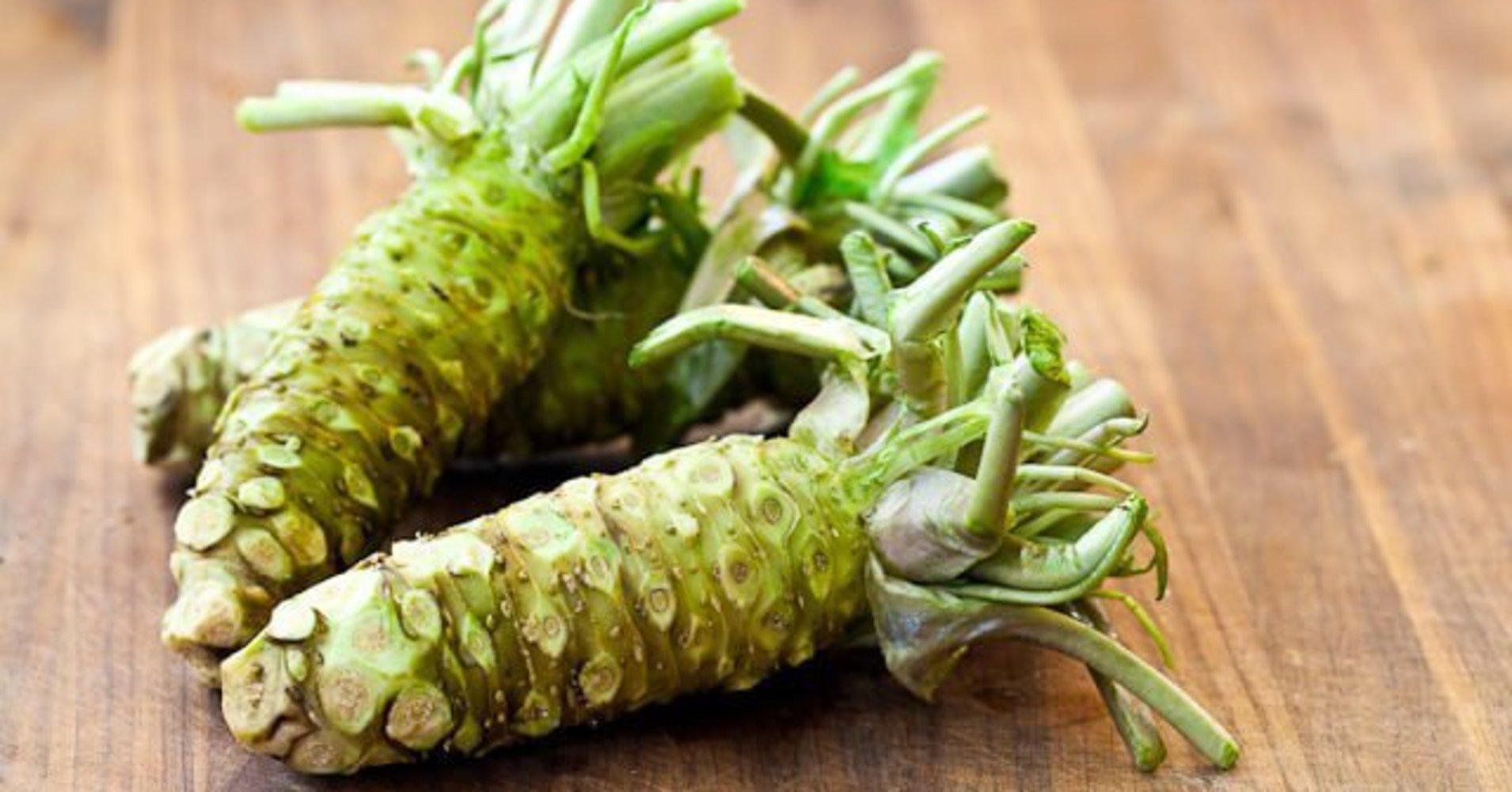 Wasabi is a rare, hard-to-grow plant with many health benefits. It’s been shown to help fight off infections, reduce the risk of disease, and even help lower cholesterol.

But wasabi’s chief benefit is that it’s a powerful source of antioxidants. It’s one of the few foods to offer both direct and indirect antioxidant properties, and it’s even been approved as such by Health Canada.

Free radicals are atoms or molecules that have unpaired electrons. These are problematic because electrons really, really want to exist in pairs. This makes free radicals highly reactive—they will essentially try to break down the bonds between atoms in other molecules in order to steal their electrons and complete their own pairs.

These radical reactions are happening all around us, all of the time. When you watch a fire burn or see rust on metal, you’re seeing the effects of free radicals breaking down these molecular bonds.

Now before you get too worried about the image of free radicals burning up or rusting away your vital organs, it’s important to note that your body is built to handle these things. It produces antioxidants naturally, and it even uses free radicals to serve some important health benefits—for instance, they’re one of the weapons your immune system uses to kill off invading bacteria.

The problems only start if your levels of free radicals falls out of balance. When there are too many free radicals running amok, they cause damage to our cells, and that damage can result in serious problems—including cancer. There’s even a theory that cellular damage from free radicals is the primary cause of aging in general.

While your body is built to maintain this healthy balance, it’s constantly working against a bombardment of free radicals. You can dodge some of them by staying out of the sun—free radicals are created by exposure to UV rays, which is essentially why too much sun can lead to skin cancer. But that won’t keep you 100% safe because free radicals are also created during our natural metabolic processes—namely eating and breathing.

So until we learn to live without doing either of those things, we’re stuck with them. Which makes our best hope of maintaining a healthy balance of free radicals is to fight back with antioxidants.

Antioxidants in your diet come in two forms: direct and indirect. And wasabi is so beneficial because it works as both.

They’re essential to the fight against oxidizing agents, and they’re plentiful—vitamins C, E, and A are all antioxidants, and you can find loads of ways to include those in your diet. And it just so happens wasabi loaded with vitamin C (and contains some vitamin A, as well as iron, which is another antioxidant).

But what makes wasabi so valuable for your health is that it also functions as an indirect antioxidant. These are much rarer and harder to find. But they are extremely important for combating the effects of free radicals in the body.

As both a direct and indirect antioxidant, Wasabi is a key ingredient in your body’s fight against the effects of free radicals.

All of this makes Wasabi one of the most powerful sources of antioxidant benefits you can find and a vital part of your healthy supplement routine. And, although wasabi is rare and hard to find in the wild, Your Wasabi Farms have mastered the art of greenhouse cultivation in order to provide you with a reliable source of pure wasabi.

Supplement your health routine with the powerful antioxidant properties of wasabi, and give yourself an edge in the battle against harmful free radicals.